From the large hail hit the city of Colorado springs, Colorado

From the large hail hit the city of Colorado springs in the U.S. state of Colorado. In the violence of the elements had damaged cars and houses.

According to local residents, the storm lasted for several hours. Lightning, thunder and hail together created a scary picture. The size of the hailstones was comparable with tennis balls. After the storm people with shovels were clearing the streets from ice chunks. 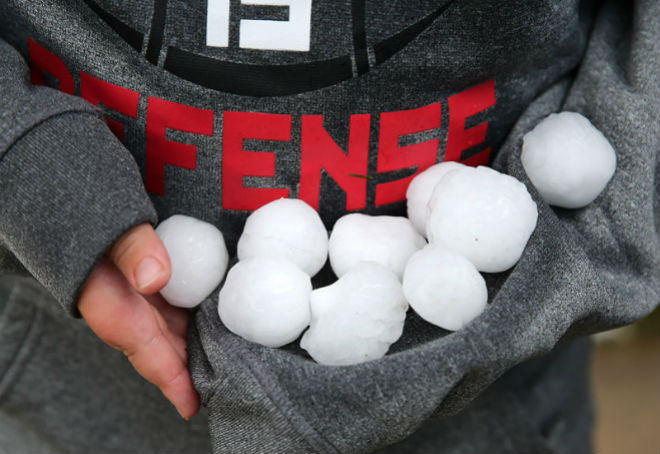 The storm, accompanied by large hail on Friday covered the capital city of Wyoming the city of Cheyenne. Some of the hailstones were the size of a Golf ball. Information on victims did not arrive at the same time had damaged many vehicles, trees and some buildings.