From the typhoon “Hato” flee even cockroaches 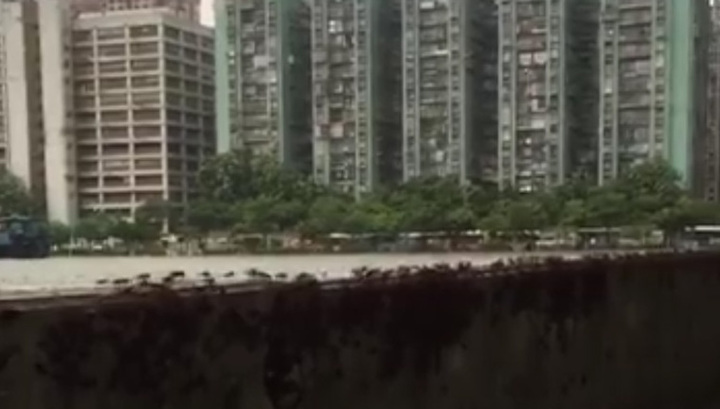 The Internet published a video allegedly shot in Macau, which received several hundred cockroaches trying to escape from the typhoon that struck the region.

On the record laid out in the group @ 100most, you can see how the insects move in a column along the parapet of the embankment in cloudy weather. The place from which the cockroaches moved, as well as the final point of their movement, remained unknown.

Typhoon “Hato”, which struck southern China in recent days, has already claimed the lives of 12 people, and more than 270 were injured of varying severity. In Macau, 8 people were killed and another 153 were hospitalized.

The natural disaster has led to serious disruptions in the transport system of the region, damage to buildings, bridges and seaports, as well as to the interruption of power lines. According to preliminary data, only in Hong Kong damage from Typhoon “Hato” exceeded one billion US dollars.