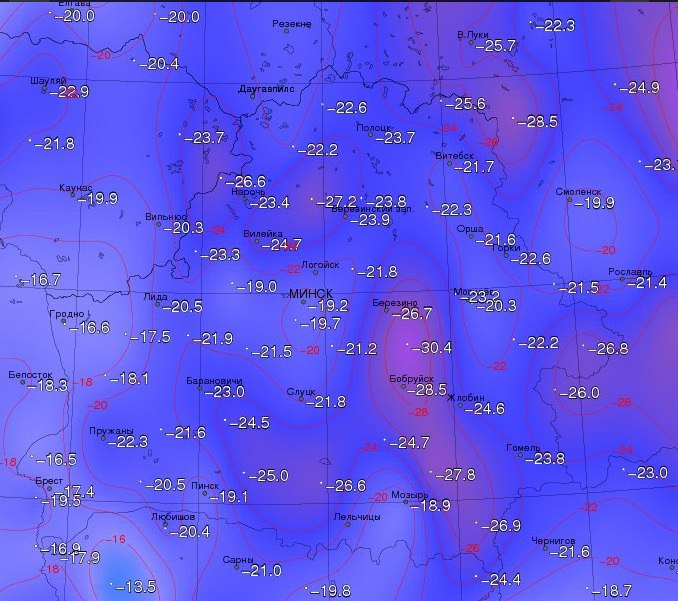 The temperature record of the current winter is beaten in Belarus – according to the data of the Republican Center for Hydrometeorology, Control of Radioactive Contamination and Environmental Monitoring in Klichev, a temperature of -30.4 ° C was recorded last night.

Frosts came to Belarus in the middle of last week: in some places the night air temperatures approached the -30 ° C mark. The weather forecasters explained the cooling by the so-called ultrapolar invasion – the arrival of cold air masses to Belarus from the Arctic.

According to Hydromet, last night the coldest was in Klichev (Mogilev region) – there was recorded a drop in temperature to -30.4 ° C. It was in the Mogilev region that five people died from frosts since the beginning of the year. At the same time, according to weather forecasters, the strongest frosts were observed on the night of February 27 in the Dnipro floodplain, where it was everywhere below -25 ° С.

Doctors recommend not to stay long on the street. Warm passers-by are assisted by mobile heating points of the Red Cross, where they serve hot tea and, if necessary, warm clothing.