Fukushima – 6 years after the tsunami 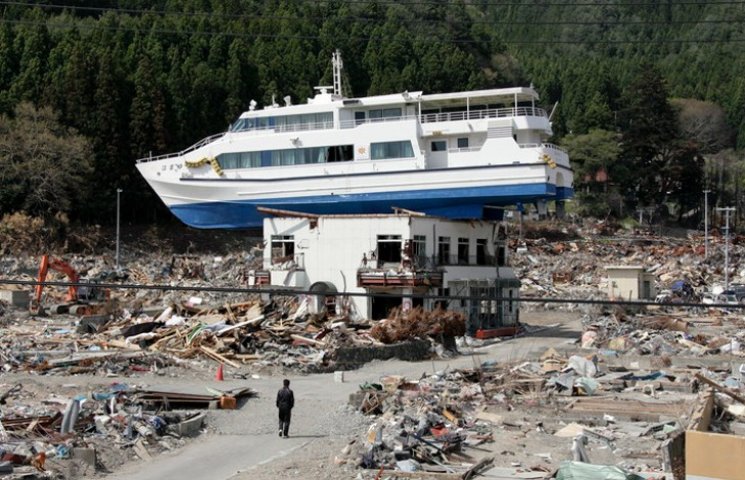 This is the dilapidated school of the Namye settlement of the Japanese prefecture of Fukushima. Her former director Tieko Oyama comes here every month and takes pictures of corridors and classrooms.

This clock stopped during a powerful earthquake and the tsunami that followed. March 11 will be exactly six years from the day of the disaster in Fukushima, which led to the strongest nuclear disaster after Chernobyl.

The authorities of Namye after March 31 plan to release the former population of the village back. However, this school is unlikely to be restored. Nevertheless, Oyama hopes to convince officials to keep the building as a historical monument.

[Tieko Oyama, a former resident of Namye]:
“I want the children to see the power, might and threat of a tsunami. And I also want them to go to school and learn about what we had to endure. ”
At the same time, Oyama has not yet decided whether she will move back to the village.

After the accident at the Fukushima-1 because of the high level of radiation from Namye evacuated almost 22 thousand people. Return to this will allow 15 thousand former local residents. Some already live and work in the village.

[Munehiro Asada, a resident of Namye]:
“If there were no one here, the rest would be at a loss. They would say they will not return. And if they see that someone is already here, I think they will also want to come back. ”
Namye is gradually recovering from the disaster. In the center, even a temporary cafe opened. But there is still a lot to do.

[Tamothu Baba, Mayor of Namye]:
“We decided to rebuild the city, so we need to be here and work hard.”
However, not all former residents of the village want to return. For example, Yasuo Fujita can not leave business in Tokyo.

[Yasuo Fujita, a former resident of Namye]:
“A lot of people were evacuated, but I can not go back. I have my own restaurant, new house and new graves of my relatives here. I can go there several times a year, but I do not want to live there. ”
According to the survey, only 18% of the former residents of Namye are ready to come back. 53% say they will not return, and the rest are still undecided.

The earthquake on March 11, 2011 became the strongest in the history of Japan. Powerful tremors caused a strong tsunami. During the disaster more than 15 thousand people died, more than 6000 were injured and two and a half thousand were missing. Because of the accident at the nuclear power plant, about 160,000 people were forced to leave their homes and settle in other cities of Japan.