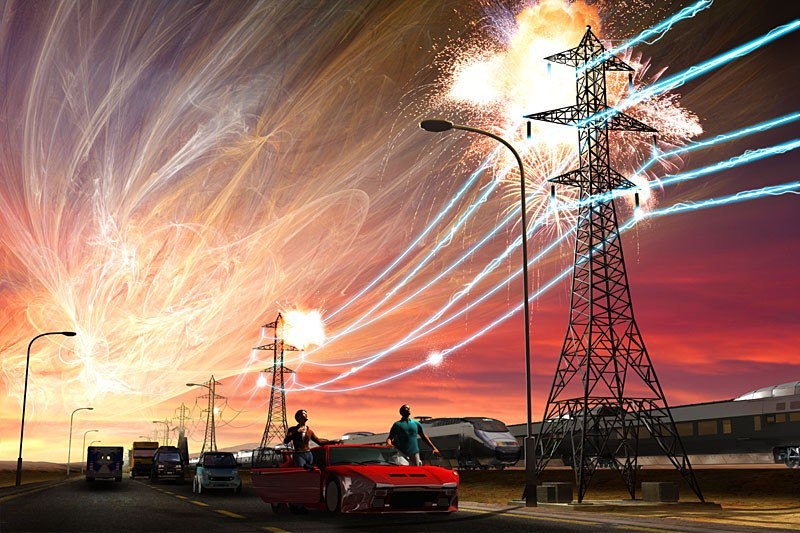 Geomagnetic storm of 1859 — the most powerful in the history of observations of the geomagnetic storm. The complex of events, including geomagnetic storm, and caused its powerful active phenomena on the Sun, sometimes called the “Carrington Event”, or, as English literature, “Solar superstorms”.

From 28 August to 2 September in the Sun there were numerous spots and flares. Just after noon on September 1, British astronomer Richard Carrington observed the largest flare, which caused a major coronal ejection of mass. He rushed to the Ground and reached her in about 18 hours that very quickly, as this distance is usually passed emissions for 3-4 days. The emission was moving so fast because past emissions have cleared the way for him

1-2 September began the largest in the history of the registration of the geomagnetic storm that caused the failure of Telegraph systems across Europe and North America. The Northern lights have been observed worldwide, even over the Caribbean; also interestingly, over the Rockies, they were so bright that the glow awoke gold miners, who began preparing Breakfast, thinking it was morning. Across America and Europe, telegraphic communication was broken.

Transmission lines sparks, Telegraph paper spontaneously ignited. Some devices continued to work even after being disconnected from transmission lines. According to the first estimates of Dst-index of geomagnetic activity (eng. Disturbance Storm Time Index) during the storm reached -1760 NT.

Extrapolation of the available measurements of the Dst index in the area of extreme storms shows that storms with Dst = – 1760 nTl are on the Ground not more than 1 storm in 500 years. However, it should be noted that in scientific literature there are considerable arguments for the fact that due to methodological problems of data analysis century and a half ago assessment Dst = – 1760 nTl have been overstated, and the magnitude of the storm was no more than -900 NT .

Ice cores show that events of similar intensity recur on average once in 500 years. The most powerful storm since the beginning of the space era (1957) occurred on 13 March 1989, when Dst-index of geomagnetic activity reached -640 NT. After 1859, less severe storms have occurred in 1921 and 1960, when there was massive disruptions of radio communications.