Giant failure in the south of China: 8 people were killed, 9 were injured 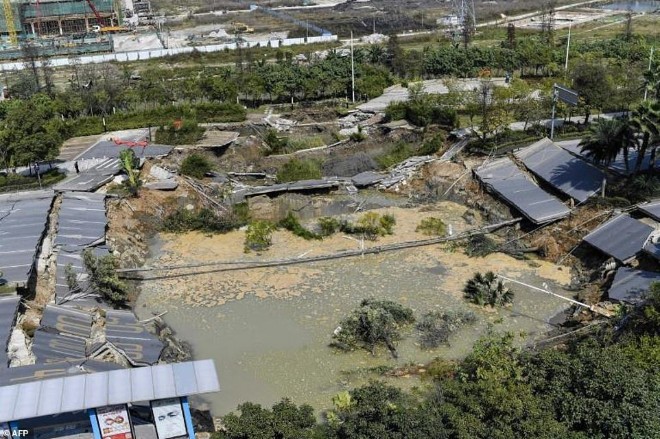 A huge failure that swallowed part of the road in southern China, caused the death of at least eight people, another nine people were injured.

The giant pit was formed on one of the main thoroughfares of Foshan City in Guangdong Province. Three people are missing, their search is underway.

Under the road is the construction of the second branch of the subway, which caused the appearance of a deadly failure.

According to the Daily Mail, a sudden leakage of water on the construction site led to the flooding of the underground site and the destruction of the road length of 30 meters. A dip the size of two basketball courts swallowed a two-way carriageway. The depth of the funnel reaches about six meters.