A hail storm in Texas was accompanied by record-setting hailstorms. These ice floes were falling from the sky and pierced not only the roofs but also the ceilings of residential buildings, falling into the structures.

The hail caused billions of dollars in potential damage in Fort Worth, Oklahoma City and areas west of San Antonio Wednesday night. Areas near the University of Oklahoma City were hit the hardest, with hail damaging nearly all cars exposed to the elements.

Perhaps the most powerful storm of the day raged over Coahuila, Mexico, in mid-afternoon before moving east to South Texas, where grapefruit-sized hail fell. Although the largest hail was 10 centimeters according to official records, emerging evidence suggests that some hailstones could break a new state record.

One ice floe that fell in Hondo, Texas, about 30 miles west of San Antonio, could claim the state record of 15 centimeters across.

Doppler radar estimates that the height of Wednesday’s storms exceeded 1,507 km, which is almost unheard of for even the most powerful supercells. Radar also noted a drop in radar “differential reflectivity,” which compares the width of objects to their height. Raindrops are flatter, so their values are usually positive. When the values drop to almost zero, it indicates round objects, which usually means large hail. 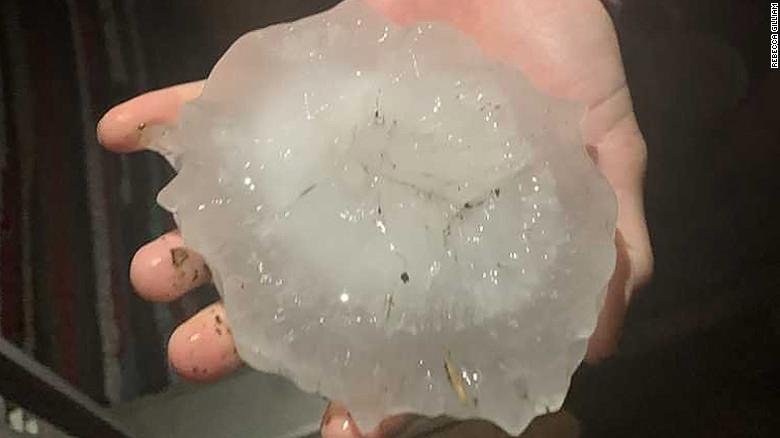 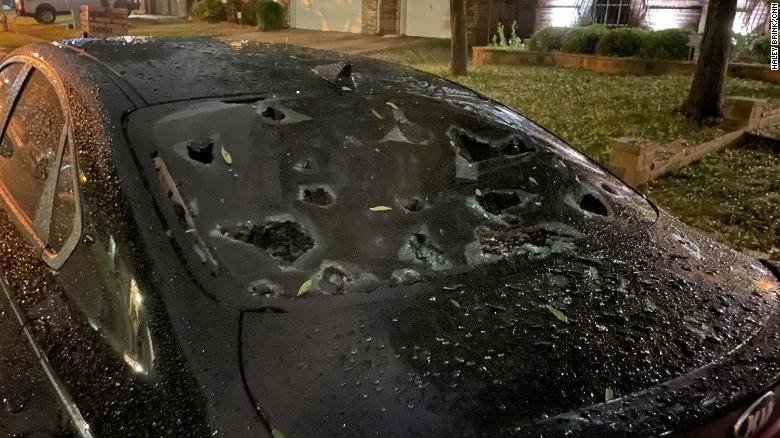 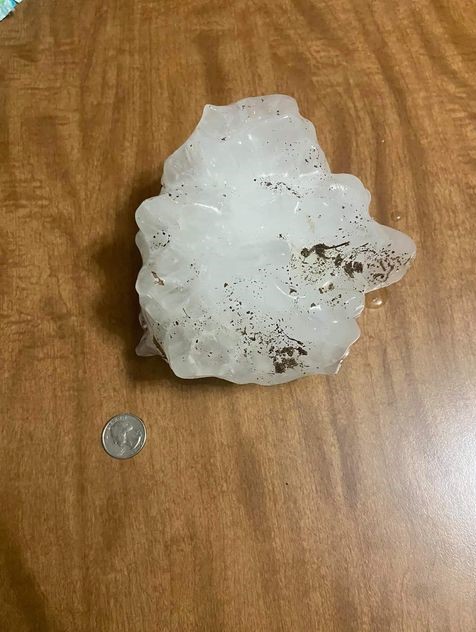 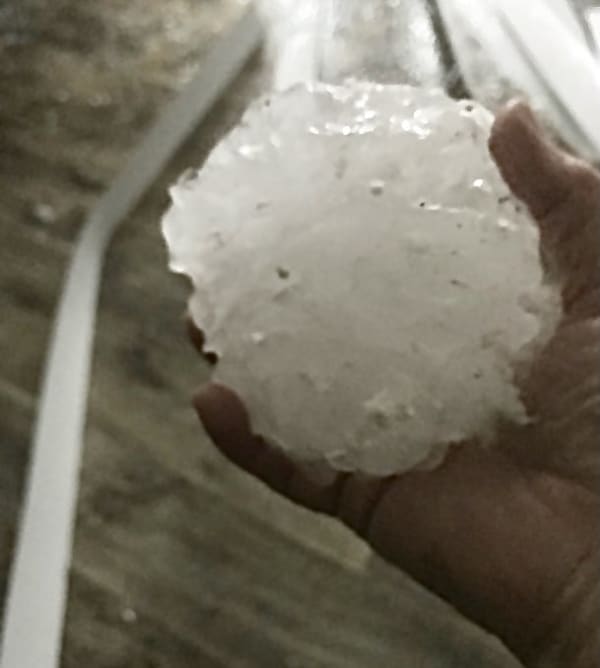 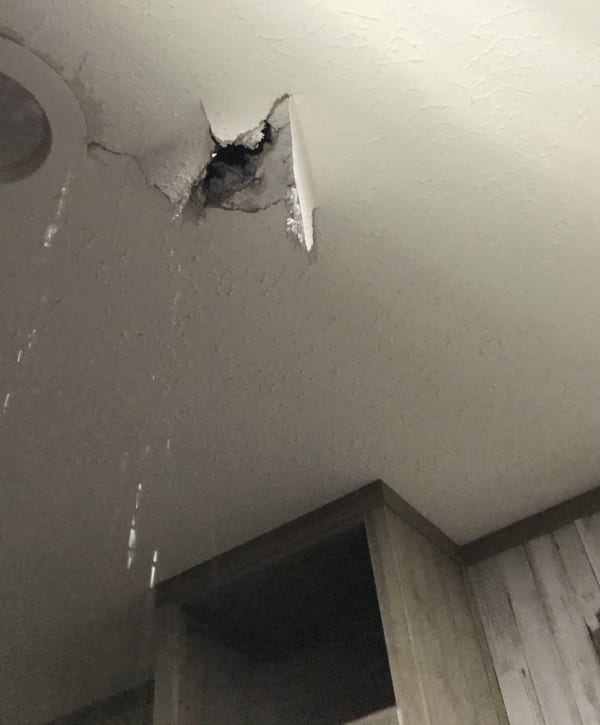