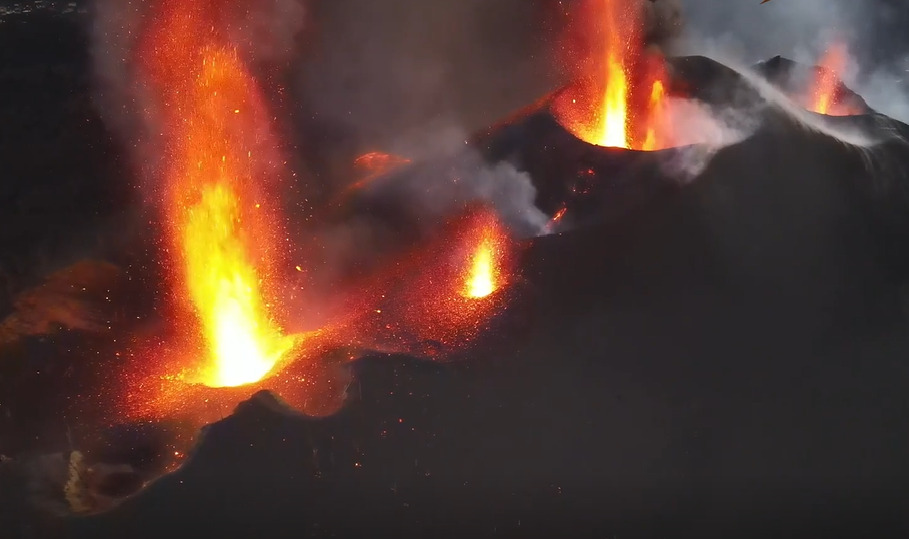 The partial collapse of a cone on the Cumbre Vieja volcano at 08:25 UTC on October 25, 2021 resulted in giant lava fountains with large gas, ash and lava emissions. This was followed by very strong explosive activity starting around 13:30 UTC and the opening of a new vent with a spectacular lava outpouring at 14:00 UTC.

These events were preceded by a significant increase in intermediate and deep seismicity on October 24, with magnitude increases in the intermediate zone.

The amplitude of the volcanic tremor signal increased significantly, with numerous amplification pulses.