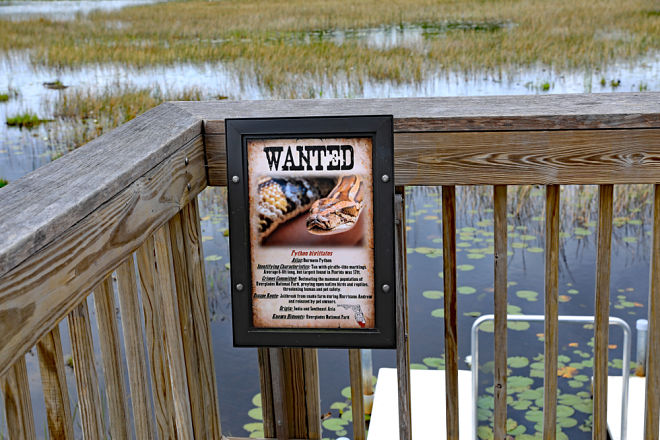 Giant tiger pythons, formerly inhabited only in the swamps of Everglades Park in southern Florida, are selected to the densely populated areas of the peninsula.

Local residents are increasingly meeting pythons near cities where they have never been seen before. Biologist Joe Wasilewski noted that snakes have already settled on the west coast of the region and are likely to continue to spread to large areas.

Pythons belong to the family of non-venomous snakes. They mostly feed on mammals, sometimes large enough, as well as birds, lizards and rodents. Extraction is grasped with teeth, strangled in a ring embrace and swallowed whole.

For tiger pythons, a length of 3.7 meters is characteristic, although some individuals reach almost 6 meters. The species is widespread in Southeast Asia, and in Florida it appeared about 30 years ago.

American pythons bred in the Everglades National Park, which occupies the fourth part of the peninsula. Local fauna was not ready for the influx of predators, which began to exterminate it.

To reduce the number of invasive species, the state has repeatedly conducted hunting competitions. Last month, a three-meter-long tiger python was found in the region, which absorbed a white-tailed deer, considerably exceeding its weight. Scientists have observed this for the first time.