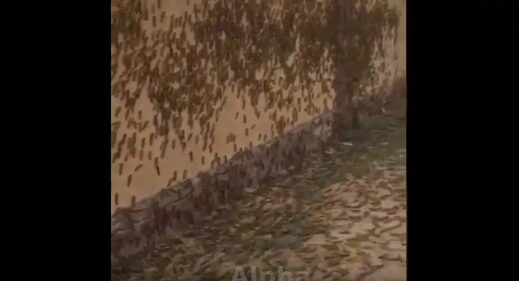 Since January, Saudi Arabia has experienced an invasion of uncountable swarms of locusts arriving in the kingdom from neighboring countries.

According to Arab News, the authorities were forced to redouble their efforts to combat the “invasion” by spraying poisons from the air.

Locals have shared horrifying videos of the locust conquest of Saudi Arabia.

The footage shows an astonishing number of insects covering every imaginable surface, be it the desert, trees or city streets.

Locusts have historically been a farmer’s nightmare, as these voracious swarming beasts are renowned for their ability to destroy crops.