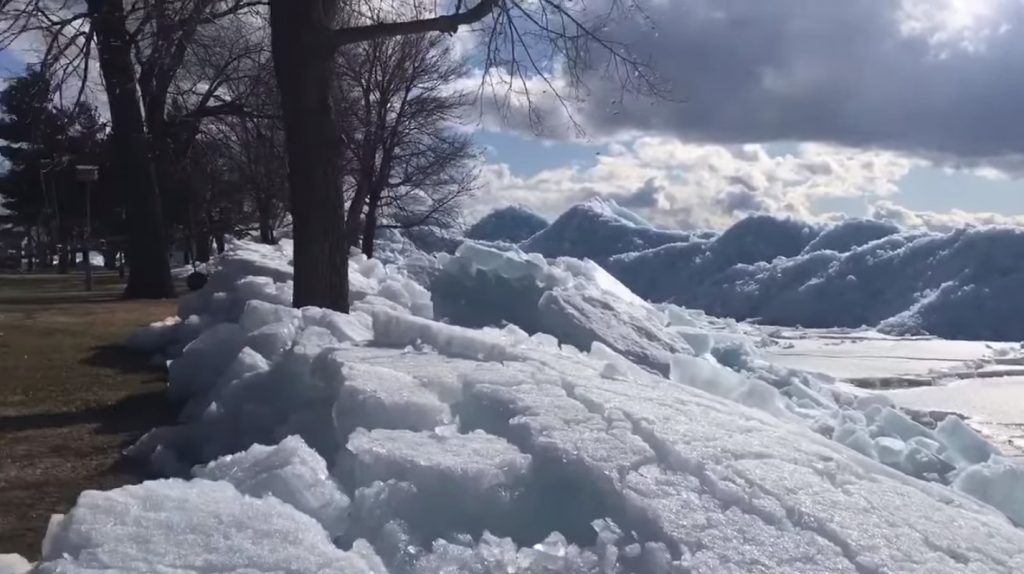 Imagine that you are returning home from work and you see a huge mountain of ice in your backyard … Or even worse, part of your house was destroyed by an ice tsunami.

According to some locals, the ice waves were up to 9 meters tall and swallowed everything in their path … even some houses!

The wind blew at a speed of more than forty miles per hour, and the remaining large ice field, which had not yet melted on Lake Millax, was pushed to the eastern coastline, like a massive ice tsunami.

When the ice on Lake Mille-Lax begins to move with a strong wind, it basically looks like a moving glacier and does not stop until it comes ashore, demolishing everything in its path.

One of the locals says, “It’s just crazy!” About seven years ago, we had the same phenomenon of an ice tsunami. But he turned out to be four times less than what is now!