Global warming and solar minimum: what awaits us in 2020? 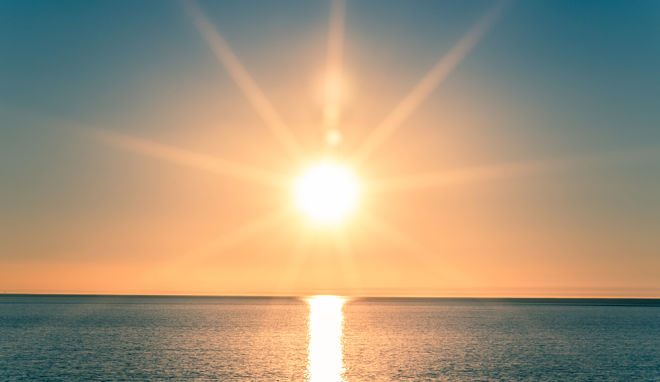 The sun can soon dull. But do not worry, the Earth will not freeze. In 2020, a periodic event is expected, called the “great solar minimum,” which will last until 2070. During this period, magnetism will decrease, there will be less UV radiation and sun spots will appear very rarely. All this should lead to a cooling on the planet, but what will it be in the light of global warming?

The last great solar minimum, which violated the 11-year cycle of solar activity, occurred in the middle of the 17th century between 1645 and 1715. It was called the “minimum of Maunder” and coincided in time with a longer period of cooling of the climate from 1300 to 1850 years called the small ice age.

But, as the researchers report, it is unlikely that we are waiting for the same extreme cold as centuries ago. Since the Maunder minimum, the global mean temperature has grown because of climate change. As the models show, a new decade of falling solar activity can slow global warming, but very little, and by the end of the coming cooling period, the temperature will deviate significantly from the time minimum.

The activity of sunspots was high in 2014 and since then has been declining, since the Sun is moving to the final stage of its cycle, known as the solar minimum, NASA experts said in June 2017. But the observed steady decrease in sunspots over the last solar cycles resembles a period preceding the great minimum. According to scientists, this similarity may mean the approach of a similar event.

The researchers evaluated how intense such an event could be on the basis of an analysis of nearly 20 years of data on the emission of stars that follow solar-like cycles. Reducing solar radiation at a normal solar minimum is not enough to significantly affect the earth’s climate. But the great minimum means that activity will drop another 7%. As a result, the air temperature on the Earth’s surface will, on average, be less by a few tenths of a degree Fahrenheit (a half-degree Fahrenheit change is equivalent to about three-tenths of a degree Celsius).

The results of the research will help scientists create more accurate climate models, better understand complex interactions of solar activity and the earth’s climate, especially in conditions of global warming.