Global warming is changing the landscapes in Iceland 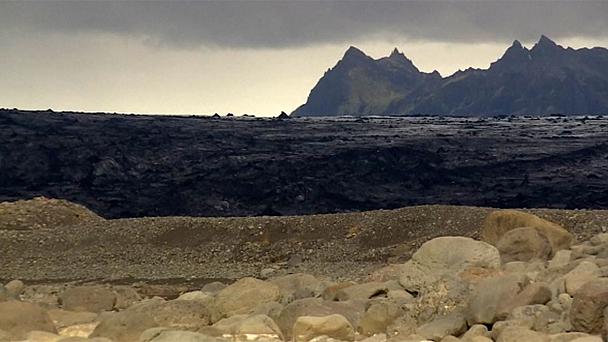 Global warming is changing the landscape of Iceland. In the last several centuries in the valley Skeidararsandur proceeded in three rivers, fed from the Vatnajökull glacier. In 2009, the river dried up, Skeidara, and this summer, ceased to exist, and the Sula river. Now all the water from the melting glacier flows into the channel of the river Highacuity.

Hannes Jonsson, a local farmer: On this very spot where we stand, back in 2003 was a solid glacier. Since then, he constantly melted. Over the past six years, I was expecting the Sula river in the end will change its direction.

The only major river flowing from the glacier, have been described in these parts in the Book about the settlement of Iceland, written in the XI century It was the epoch of warm climate, which came to an end in the early fourteenth century. For a few years, the eyes of one generation, this Icelandic valley returned to the state that she did not know for over 700 years.