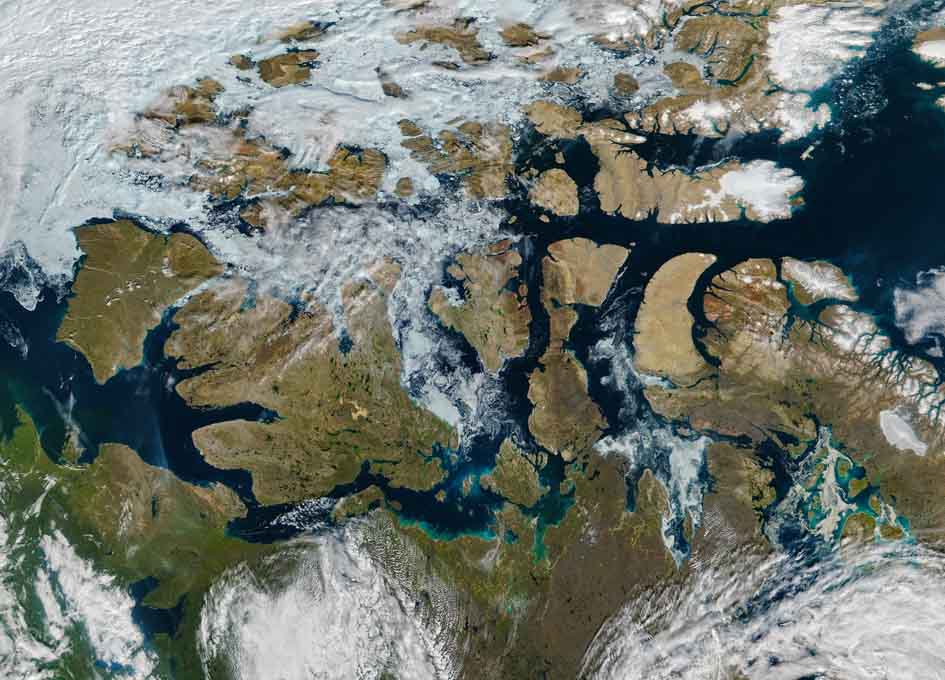 For several centuries, many powers have tried to find the Northwest passage — the sea route connecting the Atlantic and the Pacific. A lot of sailors paid with their lives for this quest.

The passage eventually found, however due to the Arctic ice it is not well suited for navigation. But in recent decades the situation has changed. The area of Arctic ice cover is shrinking at such a rapid pace that the Northwest passage is close to being fully navigable. 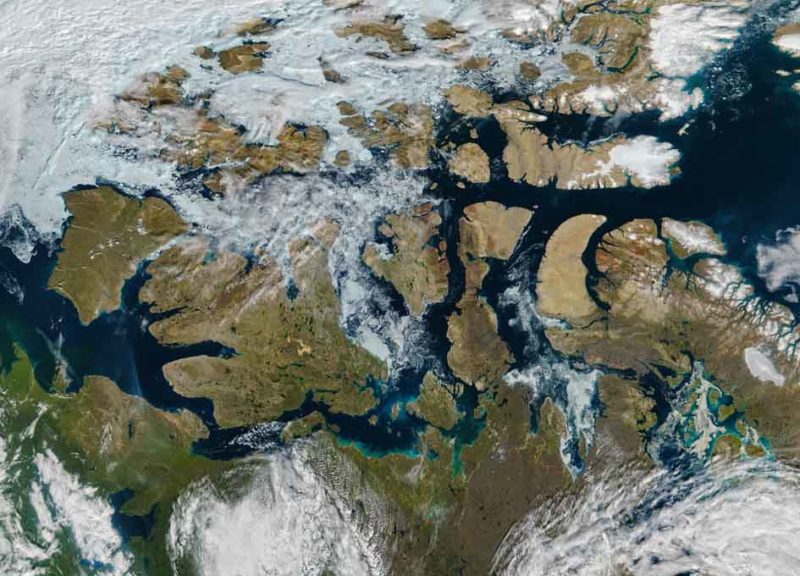 This photo was taken by the Suomi NPP satellite on 9 August 2016. You can see that the Northwest passage is almost fully opened. Ice is present only in the East coast of Victoria island.