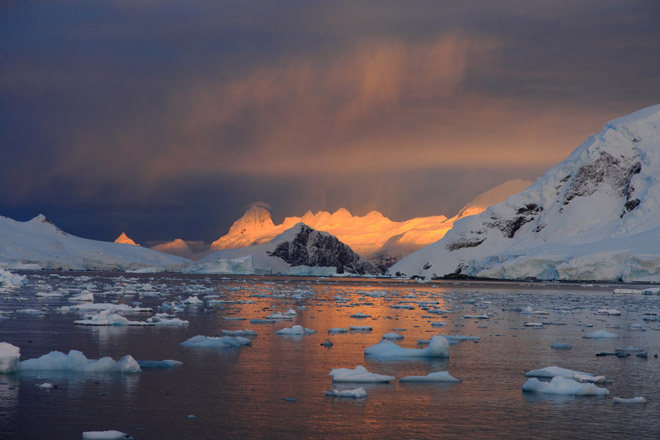 The earth heats up and the ancient viruses and bacteria rebel from the ice. Scientists fear that the resurrection of diseases that were considered defeated will occur in the future more and more often. Researchers have encountered a number of “giant viruses” with thousands of genes in the melting permafrost in Siberia. One such virus, 30,000 years old, was still active when it was found in 2015, although it did not pose a threat to people.

There are also doubts that some of the old enemies, who were considered defeated, can rise from the dead. It turns out that permafrost is an excellent place to store bacteria and viruses that have been sleeping for decades and centuries, and then are reactivated due to warming.

Scientists have found untouched viruses of the Spanish flu in bodies buried in 1918 in the tundra. When almost half of the population of the Siberian city in the 1890’s. Died of black pox, they were buried in the permafrost along the Kolyma River. Now the banks of the river are beginning to collapse because of global warming.

A clear proof of the danger is the case that occurred in Siberia last August. Then 100 people and 2.3 thousand reindeers became infected with anthrax during the first outbreak of the disease in the region since 1941. The boy died from the infection.

Scientists believe that anthrax was waiting for its time in frozen corpses of deer. Global warming freed the virus, and the unusually hot summer of 2016 helped bacterial spores to get into the environment.

Russian scientists expressed concern about the melting of permafrost in the 2011 study. In their opinion, this can lead to the resumption of epidemics of past centuries.
Permafrost is one of the most vulnerable ecosystems to global warming. But even in warmer regions, a rise in temperature affects the spread of dangerous diseases, such as the virus Zika.

More than a decade ago, researcher Paul Epstein predicted that mosquito-related diseases would spread as a result of climate change.