Global warming threatens the World Vault of the Judgment Day 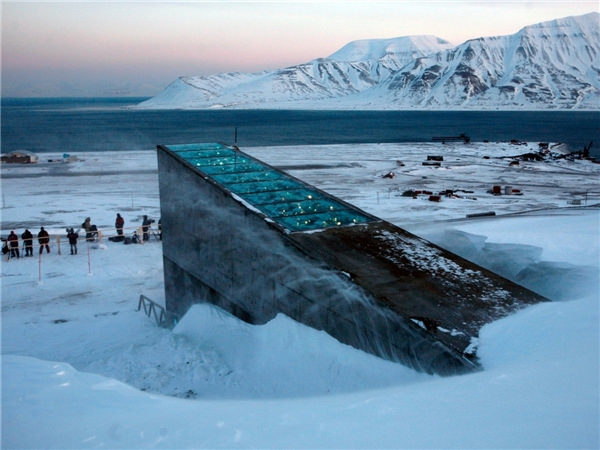 When the creators of the famous Seed Vault of the Doomsday were building their creation, they thought that in this way they could protect the precious cargo from any disasters created by human civilization. But, unfortunately, did not take into account the gradually growing catastrophe of climate change.

The anthropogenic global warming process is not a direct threat to the World Seed Reservoir in Norwegian Spitsbergen, but recently it makes the permafrost thaw more intensely than expected.

This means that the entrance to the tunnel leading to the storage can be flooded more than expected in its design. Nevertheless, the organization that runs the repository says that the seeds are safe. The water, they said, will freeze long before reaching the containers with seeds, and the object includes drainage pumps that can pump out large volumes of water.

The Norwegian government, which owns the storage, told the media that the increased melting was the result of a higher than usual temperature in the region last year. “We did not plan that there will not be permafrost there, and that it will experience such extreme weather,” said Hege Njaaa Ashim, a government spokesman.

The surrounding permafrost was in fact one of the main arguments in favor of choosing this place for storage. It was built in 2008, and since then it has collected about a million samples of seeds, taking into account the preservation of the diversity of cultures and food security of mankind. In addition to permafrost, which provides cold, its remote location above sea level and deep inside the mountain was considered reliable.

Although nothing has happened with the seeds and the storage already has protection against water penetration, in the light of disappointing forecasts it was decided to add drainage ditches and a new waterproof wall in the tunnel, and to remove the generator from the site to exclude the source of heat. The storage is scheduled to be updated by 2018.

“The consequences of these measures will be constantly assessed in the coming years, and if they are not enough, we are implementing more ambitious ones,” the report says on the official website of the depository.