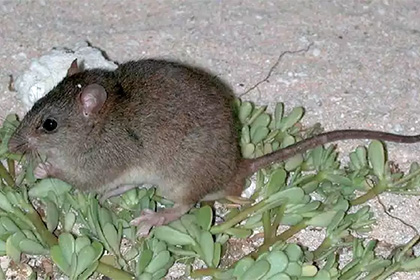 Due to climatic shifts extinct reef musicnote rat (Melomys rubicola) is the only mammal species on the territory of the Great barrier reef, and the first victim of global warming among this class of animals. About the extinction of rats, The Guardian reports.

Rodent found only in Australia, in the Torres Strait, on a small coral reef, bramble Cay (340 to 150 meters). Europeans first learned about its existence in 1845, sailors were shot rats in large quantities. In 1978 the island was only a few hundred individuals. The last time Melomys rubicola seen in 2009

In 2014 Australian scientists set on the island of 150 traps, and conducted a detailed inspection of the entire site. However, zoologists had failed to detect a single animal. According to researchers, the main reason for the extinction of rats was the increase in sea level: the island several times was flooded, causing the rats died, and their habitat destroyed. In just ten years (since 2004), the rodents lost 97 percent of its habitat: vegetation cover decreased from 2.2 hectares to 0.065 hectares.

The global average sea level rose by 20 centimeters (from 1901 to 2010), but in the Torres Strait since the mid 1990-ies this process takes place in two times harder. “This case is the first documented extinction of mammals due to human-induced climate shifts,” the researchers note.

The only chance for the “resurrection” of species can give expedition to the island of New Guinea. Scientists admit that the ancestors of the reef mozaichist rats got on the island reef from there, pereplelis on natural rafts.