Global warming will be 2 times stronger than it was thought 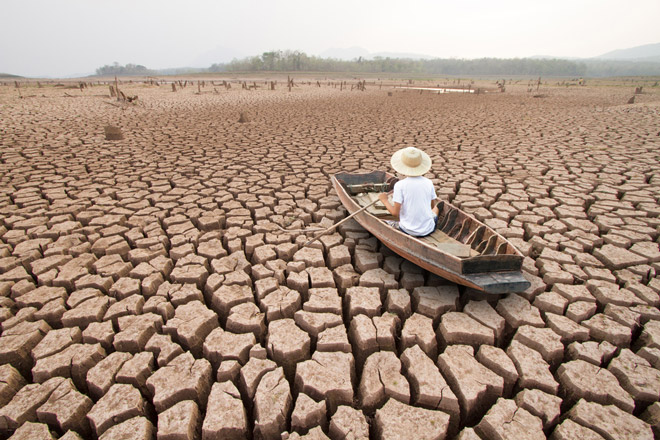 Reducing the polar ice caps, the green Sahara desert, rising sea level by 6 meters – all this can wait for the Earth in the future. According to a new study, global warming can be twice as strong as predicted by current climate models.

“The changes that we see today are much faster than any of those that took place in the history of the Earth. We are in uncharted waters, “said co-author Katherine Meissner of the University of New South Wales in Australia.

Such prospects mean that the objectives of the Paris Agreement, which implies keeping global warming below 2 ° C compared to the pre-industrial level, may not be enough to prevent a catastrophe.

Studying the past of the Earth, one can predict what the future will look like. In a new work, Hubertus Fischer from the University of Bern in Switzerland and his team compared the periods of natural global warming for the last 3.5 million years with the current anthropogenic warming.
By combining a wide range of data on glaciers, sedimentary layers, fossils dating from atomic isotopes, and many other paleoclimatic methods, scientists have determined the impact of past climate change. Anthropogenic climate change is caused by the burning of fossil fuels, such as coal, oil and gas, which emit greenhouse gases into the atmosphere.

As a result of the survey, the team found that our current climate forecasts can underestimate the long-term warming.

“Existing climate models are suitable for small changes, for example, for low-emission scenarios for short periods of time, say, over the next several decades to 2100. But as the changes become more and more permanent, their results cease be authentic, “said Meissner.

The study also showed that vast areas of polar ice caps could collapse. Significant changes in ecosystems will lead to the fact that the Sahara desert will turn green, and the outskirts of the rainforest will turn into a fire-scarred savanna.