Global warming will make the waters of the Antarctic lifeless 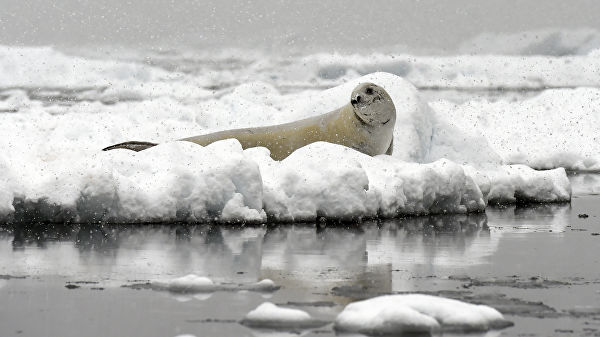 A further increase in CO2 concentration in the atmosphere and in the world’s oceans will lead to the fact that life off the coast of the Antarctic will cease to exist due to the strong acidification of the deep and near-surface water layers. Scientists write about this in the journal Nature Climate Change.

“In the future, a layer of caustic water will be right at the ocean surface, which will make life extremely difficult for corals and mollusks. Even if you stop all emissions right today, this” death zone “will still arise, although with some delay. Inevitability of its appearance especially worries us, “said Nicole Lovenduski from the University of Colorado at Boulder (USA).

Not all carbon dioxide produced by industrial enterprises and motor vehicles enters the atmosphere – much of it dissolves in the waters of the world’s ocean and does not leave them for a very long time. On the one hand, this feature of the ocean inhibits global warming, and on the other hand, it has a very negative effect on marine ecosystems.

The fact is that its accumulation in water leads to an increase in its acidity, which prevents the formation and existence of the minerals that make up the coral shell, the shell of mollusks, and the shells of various unicellular organisms. As a result, their owners will die, which, in turn, will destroy the food chain and cause a massive death of the rest of the marine fauna.

Particularly strong, as Lovenduski notes, these processes manifest themselves in subpolar latitudes, where the concentration of CO2 in the near-surface layers of the ocean is also higher, and there are deep currents that bring carbon dioxide-rich water to the surface of the hydrosphere.

Guided by this idea, scientists have calculated the position of the boundary separating the “death zone”, where the calcium shells of plankton and invertebrate animals can no longer exist, and still living parts of the ocean.

As shown by their calculations, this line is now located at a depth of a thousand meters in the waters of temperate latitudes of the planet, and at around 300-400 meters in the polar regions of the Antarctic. By 2100, the situation will change dramatically – it will rise to a height of 83 meters, and in 80% of the sea’s areas it will come close to the surface of the water.

Is it possible to prevent a similar outcome of events? As the calculations of researchers show, changes have already occurred in most regions of Antarctica, leading to the formation of such “death zones”, or they will occur in the coming years and decades. It is highly unlikely that even a radical reduction in emissions will stop this process.

On average, such measures will postpone their formation by about two decades. This is clearly not enough for corals, as well as the most vulnerable mollusks, such as sea angels (Clione limacina) and devils (Limacina), to manage to adapt to life without solid shells. All this, as scientists warn, can make the polar waters of the Antarctic lifeless by the end of the century.