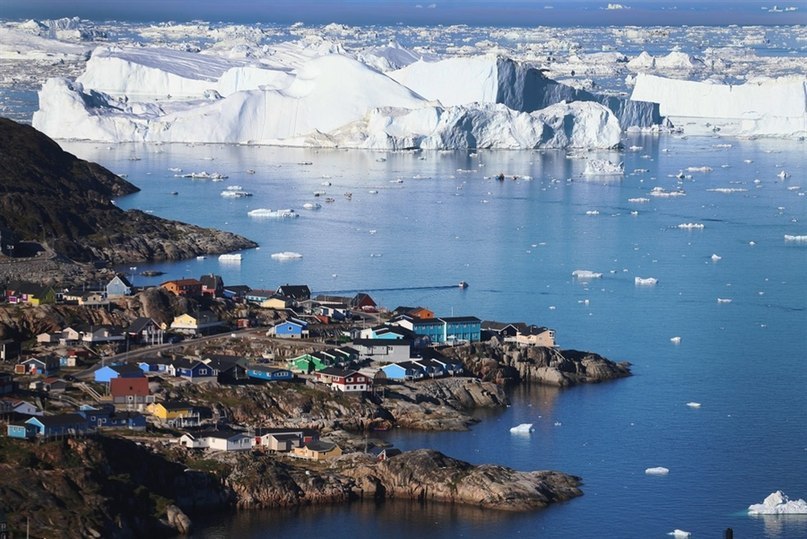 Greenland is losing 18 billion tons of ice a year more than previously thought. It is reported by a new study, which used GPS satellites. Instead lose an average of 250 billion tonnes of ice per year between 2003 and 2013 Greenland “losing weight” on 268 billion tons, according to one of the study’s authors Michael Beavis from Ohio state University (USA). The difference in the measurements is about 7 %. The Empire state building weighs 330 thousand tons, and therefore the 18 billion tonnes — almost 55 thousand of these 102-storey skyscraper. But overall, this is a “very small percentage. “I don’t think it will change the overall picture,” — said study co-author Beata Csato from the state University of new York at Buffalo (USA).

Additional loss of ice adds a small amount of 0.4 mm per decade to the global rise in sea level. Just the melting of Greenland adds 0.54 mm in ten years to the level of the world ocean.

Most measurements of the Greenland ice sheet and Antarctica do the satellites record the change in density of cover and use computer simulations to calculate the weight of lost ice. But the problem is that when ice sheets melt, the ground rises up to take the place of melted ice. The phenomenon occurs instantly, and stretches on forever.

Rock, which rises to replace an ice that is fixed by the satellite as part of the ice cover. Thus, data on the number of ice untrue. New measurements made by the GPS satellites and other means, this process is taken into account. Therefore, their observations are more accurate.