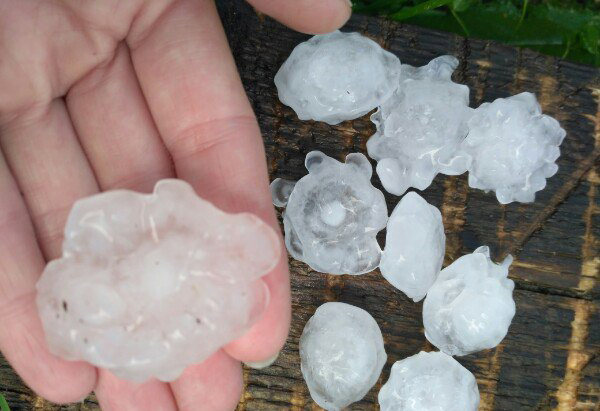 The authorities announced the emergency situation in the affected area of ​​Krasnogvardeysky district of the Crimea, the press service of the Ministry of Agriculture of the region.

“The regime of emergency situations is declared in the district,” the message says.

According to the authorities, the hail damaged more than 1,1 thousand apple orchards belonging to the Crimean Fruit Company. The damage is estimated at 100 million rubles. “Damaged up to 40% of grown products.” The leaflet is severely damaged, “the ministry said.

This is not the first case of the death of fruit harvest in the Crimea in 2017 because of the hail. So, on May 22 in a number of areas of the peninsula there was a strong hail, the Simferopol region suffered most of all, where the future harvest of apples, cherries, cherries, peaches and plums almost completely died.