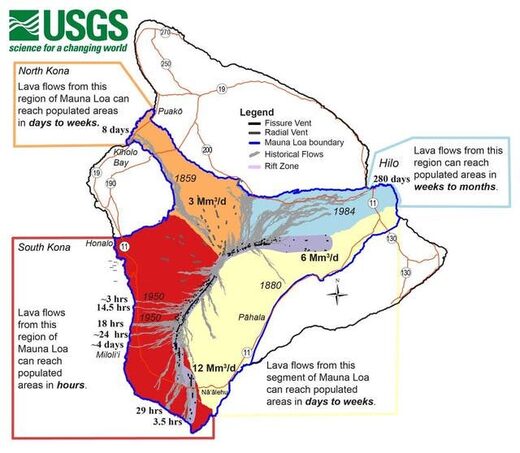 Mauna Loa, the largest active volcano in the world, covering half of the Big Island of Hawaii, was shaken by a series of 34 earthquakes recorded in just one day.

Although scientists have recorded only small magnitudes, scientists have warned citizens that increasing seismic activity could signal a possible eruption in the near future.

The strongest earthquake on Sunday was a 3.2 magnitude earthquake that struck Pahal, south of the summit of Mauna Loa, at 20.08 local time. In the afternoon, there was also a 3.0 tremor.

The US Geological Survey said that as the volcano continues to wake from sleep, it would be a good time for people to rethink their personal contingency plans in the event of an eruption.

Historical data accompanying the US Geological Survey press release shows that in previous eruptions, lava flows may have taken only a few hours to reach populated areas.