Hawaii: Lava flow burns everything in its path 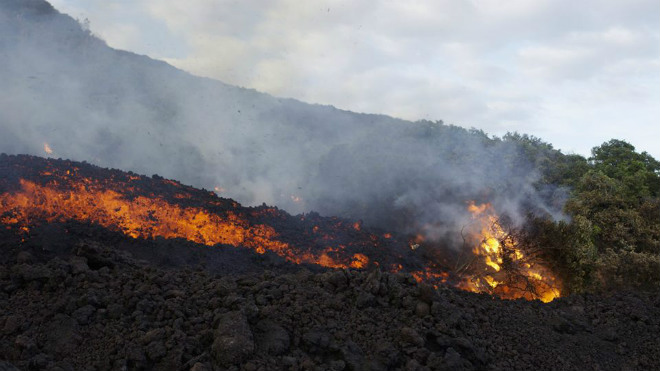 Stunning footage was captured in Hawaii volcanoes national Park when the fiery lava of Kilauea volcano provoked the ignition of vegetation. The violence of volcanic fire element is impressive.

Hawaiian volcano Observatory reports that the lava flows into the Pacific ocean and was within a half mile of water as of last Sunday. Lava of Kilauea volcano can reach temperatures of about +1150 °C, according to the U.S. Geological survey. Officials stress that the lava does not pose a threat to local communities.