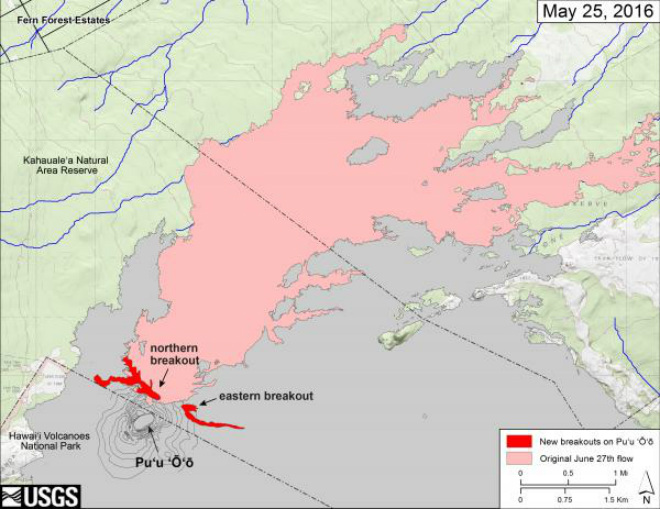 New lava flows on the surface of Kilauea in two breakouts remain active. They form a broad, branching channels which are progressively growing.

May 24 (at 06:50 local time), the sudden burst of lava flows in the Hawaiian giant led to two so-called lava breaks the surface.

Lava flows have formed broad channels of fast-flowing fiery liquid, then only a few hours, they both reached over 1 km in length.