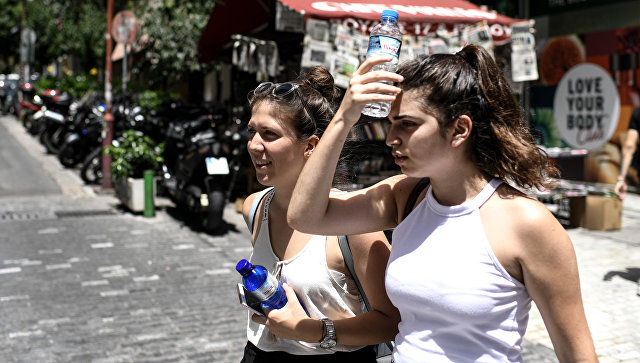 The European temperature record set on Saturday the heat in Greece – 45.9 degrees Celsius, reports the website meteo.gr. This temperature was noted in the area of ​​Mires near the city of Heraklion in Crete.

In Greece, the weather is hot for more than a week, but since the Thursday 40-degree heat has set.

According to weather forecasters, on Saturday at four observation stations, thermometer bars rose above 44 degrees, at 25 stations – above 42 degrees.

In the metropolitan region of Attica, the highest temperature was in the area of ​​Psychico – 43.4 degrees. On Sunday, hot weather will continue, in some areas, including Attica and Peloponnese, the maximum temperature will be 44-45 degrees.

“Falling” temperature by ten degrees – to 33-34 degrees is expected on Monday.

The National Center for Disease Control and Prevention (KEELPNO) issued recommendations on how to behave in such a hot weather – avoid the sun, try to stay in the shade and in a cooled room, drink plenty of water, do not overeat, wear light clothing, avoid heavy physical labor in the sun .

The Athens City Hall has opened nine air-conditioned rooms in the capital, where people can wait out the heat. Premises designed primarily for poorly protected groups of the population.

Firefighters warn of the danger of fires in connection with dry hot weather and the prohibition to build bonfires. Despite the warnings, several fires occurred in Greece on Saturday. 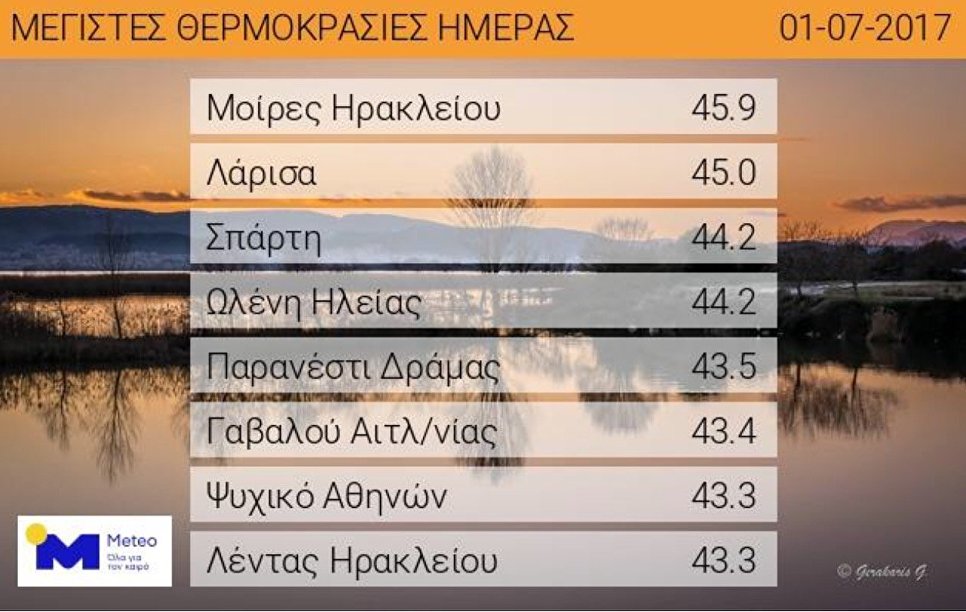 Table of the highest temperatures in Greece. July 1, 2017