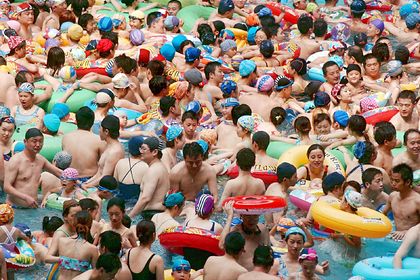 An international team of scientists has concluded that deadly heat waves caused by climate change will become more dangerous and worsen the health situation in such a densely populated country like China. This was reported in a press release on MedicalXpress.

Researchers have shown that the 30-day periods of dangerous night heat, which in 2018 killed many people in northeast China, became much more frequent. In addition, extreme daytime heat and heavy rainfall leading to flooding will also occur more frequently in the future. Extreme rainfall has become 1.5 times more likely since the pre-industrial era, while the likelihood of constant heavy rains has decreased by 47 percent.

High night temperatures contribute to heat stroke in people who suffer from daytime heat. Those who work outdoors, the elderly and young people, as well as those with various diseases, are most at risk.