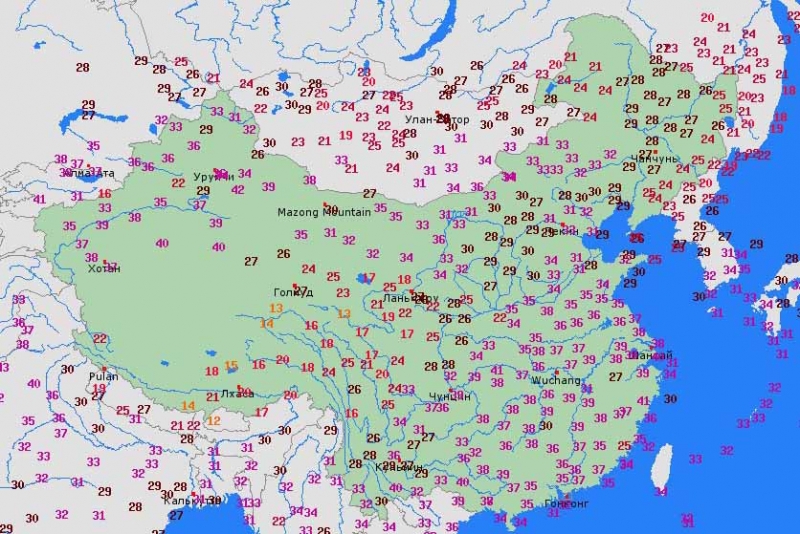 For five consecutive days in the largest city of China — Shanghai, located in the East of the country, keeps heat waves. The temperature reaches +40 °C. In the metropolis has increased dramatically the consumption of water.

So, in the Central urban area with last Saturday is used daily by over 7 million cubic meters of water — the highest figure in the current summer season. According to the forecasts of meteorologists, a heat wave will continue this week.

As expected, in some areas in the South and West of China the temperature will exceed +40 °C. Declared an orange alert about the heat.