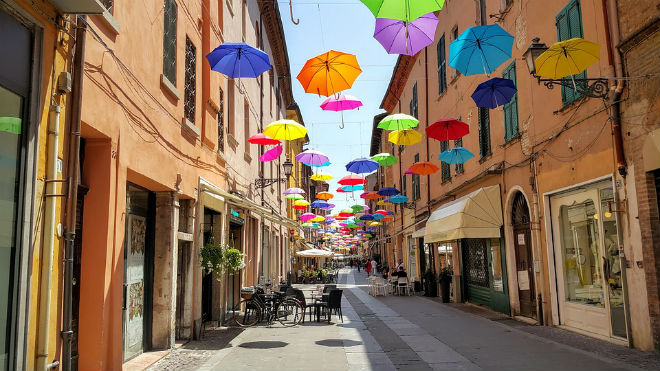 Heat waves in Italy is likely to exceed many historical records. According to local climatologists, hard to find in October is such a hot episode on the Italian Peninsula in the history of meteorological observations, especially at the end of October.

Historically, in the first two weeks of this month, there have been cases of summer heat with highs over 30 °C in the South of Italy. But very rarely at the end of October, as is happening today. In 1987 was a very hot summer season in the country with the deadly heat wave that caused hundreds of deaths across southern Europe. In 1999 there was another episode of abnormal heat in the South, when the Sicilians were back on the beaches in November. 26 Oct 1999 in Palermo was a record heat at around 37 °C.

From today on 27 November in Italy is expected to unprecedented heat wave for this time of year. In Sardinia, the predicted peaks at 35 °C in internal areas will be very hot in Sicily ( 34… 35 °C), on Wednesday in Puglia, Basilicata and Calabria is expected 30… 32 °C.

In Central and southern Italy today, the warming of air exceeded 30 °C. it was Hot in Rome, in the afternoon the thermometer showed 26 °C. however, The perceived temperature due to relative humidity of 56% at 31 °C in the capital of Italy.