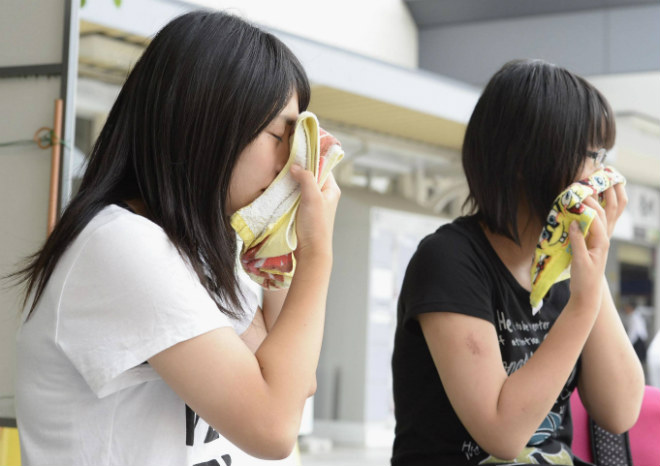 At least 563 people were hospitalized over the past week in Japan with heat stroke and the consequences of overheating. But in most parts of the country the heat is already gone, although in the southern prefectures of warm air in the daytime reaches about 30 °C.