Heat waves in the South of Russia 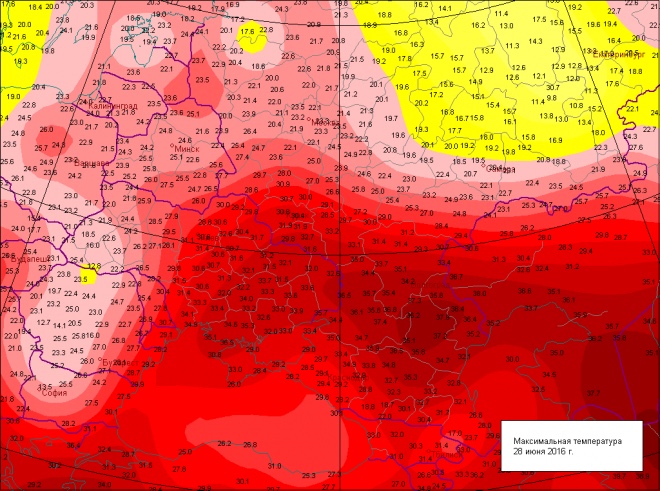 The southern regions of European Russia suffer from severe heat. This is clearly evidenced by the “glowing red hot” map of maximum temperatures for June 28.

In Rostov, Volgograd, Astrakhan regions the thermometer reaches +36…+38, in the Krasnodar region and the Stavropol region the air warms up to +33…+35. Against this background, the “Islands of salvation” are the Crimea and the black sea coast of the Caucasus with a temperature of +28…+32. Note that the water in the Black sea is warmed up to +25…+27 degrees. The reason for the extreme hot weather is a steady heat advection from South-West Asia, as a consequence — increase the fire danger to very high levels.

Formed over the Black sea, an area of low pressure and the corresponding tropospheric trough contribute to instability in the weather. In an atmosphere characterized by development of convective processes. For the past day in certain areas of Krasnodar territory have passed strong downpours — up to 53 mm of rain in a few hours.

It is projected that in the next few days binge convective elements to the South of ETR will only intensify. Declared a storm warning — places are expected heavy thunderstorms, hail, skalistoe increase of wind up to 20-25 m/s, the increase of water levels in the rivers to adverse marks.