Heat waves melting the permafrost on the Yamal Peninsula 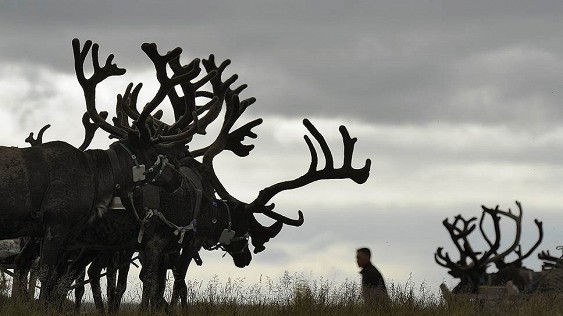 The depth of thawing of the permafrost in the Yamal-Nenets Autonomous district (YANAO) grew 10 inches this summer due to the abnormally hot weather. To such conclusion scientists from Yekaterinburg and Tyumen, who conducted the study of the soil in the region, reported the press service of the Governor of the region.

This year, the depth of seasonal thawing of permafrost was 10 centimeters more than in the past. Accordingly, after the thawing of the processes of thermal erosion, which lead to the formation of ravines, the emergence of new lakes and in General to changes in the tundra landscape, they said.

According to the authorities, due to thawing of permafrost and increasing the mean annual temperature in the far North is already experiencing negative processes. The result of abnormally hot summer in the district is the outbreak of anthrax. There was activation of the old burial grounds of animals killed by anthrax, added the press service.

In August, the absolute maximum temperature was set at Salekhard (the country’s only city located on the Arctic circle). The thermometer went up to + 25.6 degrees, for comparison, the previous record in this city was observed in 1967 there was plus 25 degrees. In southern areas recorded up to plus 35 degrees.

In Yamalskiy district of YANAO July 25 was imposed quarantine due to anthrax. Killed more than 2.5 thousand deer. Of the source of infection was 97 people were hospitalized, among them more than 50 children. The diagnosis of anthrax was confirmed in 24 residents of the Yamal tundra, who ate raw meat of a deer, August 1 from the intestinal form of the disease died on 12-year-old.

Yamalo-Nenets Autonomous Okrug is situated in the Northern part of the West Siberian plain and borders with Nenets Autonomous district, the Komi Republic, Khanty-Mansi Autonomous district, Krasnoyarsk Krai. The whole territory YANAO related to the Arctic zone of the Russian Federation, more than half are located in the Arctic circle. Within the County there is the largest number of reindeer in Russia – more than 700 thousand heads.