“Heaven of the Apocalypse” frightened the inhabitants of England 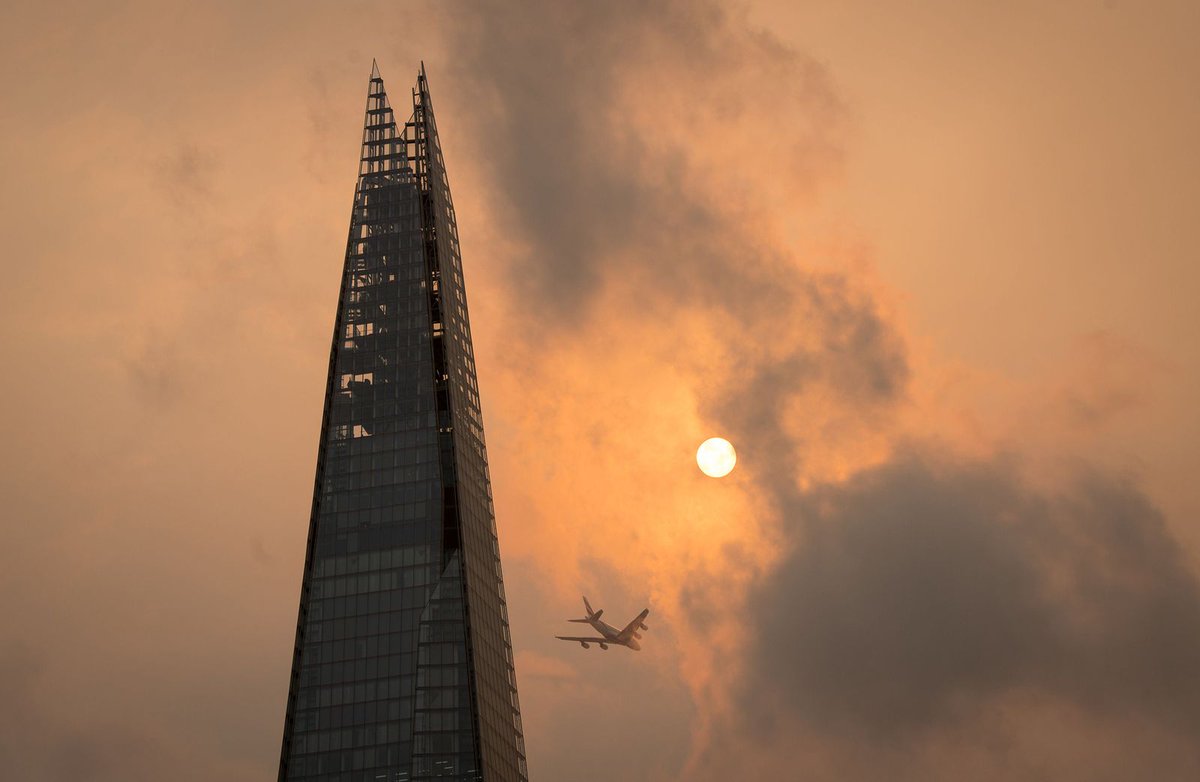 Hurricane Ophelia caused widespread destruction in Ireland and Britain. 3 people died, more than 300 thousand houses were left without electricity. Now the authorities are preparing for a new disaster – possible floods. And the inhabitants of London are discussing in social networks dramatic landscapes, drawn by the elements: the purple sun and yellow fog.

A sign of hurricane “Ofelia” in London was suddenly a clouded sky, which acquired an ominous brownish hue. The picture was complemented by a blood-red sun.

But the threatening clouds quickly passed, and the hurricane itself really hit upon neighboring Ireland, where three people died as a result of the disaster. The trees fell on them.

The hurricane “Ofelia” originated in one and a half thousand kilometers from the Azores. Since 1939, nothing like this has been in the eastern Atlantic. Having reached the coast of Ireland, the hurricane lost much of its power. It was already called a storm.

And, nevertheless, the wind speed reached 176 kilometers per hour. 10 meter waves rose. The storm blew up the roofs and cut off power lines. In southern Ireland, 360,000 homes were left without light.

Damage caused by “Ophelia”, the Irish authorities estimate a half billion euros. Having spent the main forces on Ireland, the hurricane continued its movement along the northern part of the British Isles. Many airports have canceled flights, in Scotland even had to stop the movement of trains. Weather services warn of possible floods. The huge waves in Wales were washed off from the embankment of the brave ones, who decided to ignore the warnings.

Abnormal paints in the sky over England, scientists explain that the hurricane took with it dust from the Sahara and parts of the ash, because the Iberian peninsula is now burning forests. Londoners still remember with alarm the things they saw. 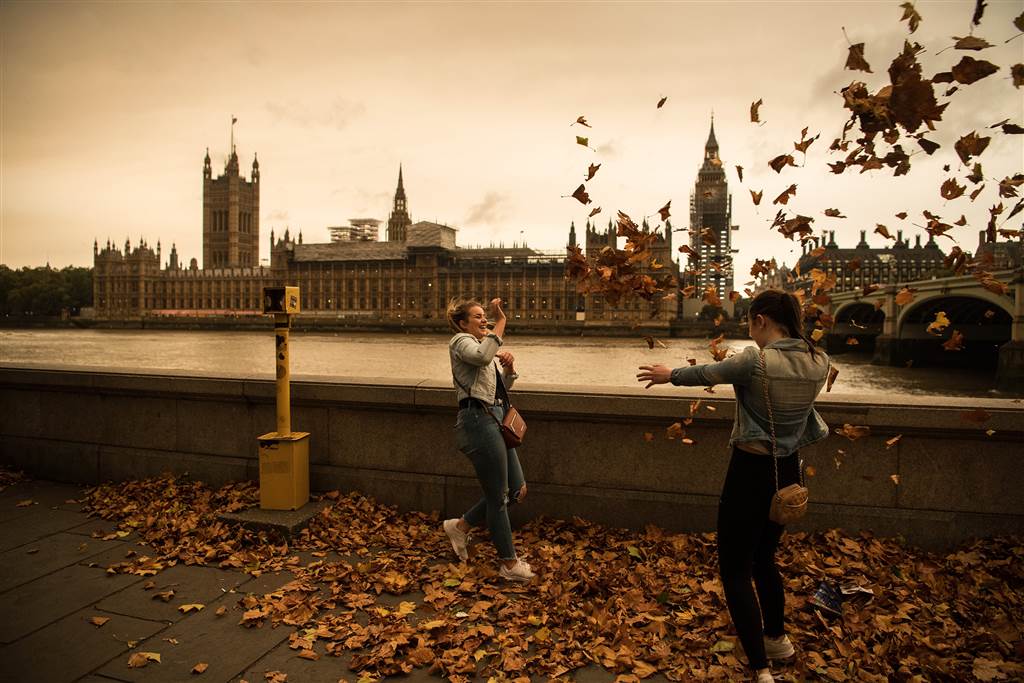 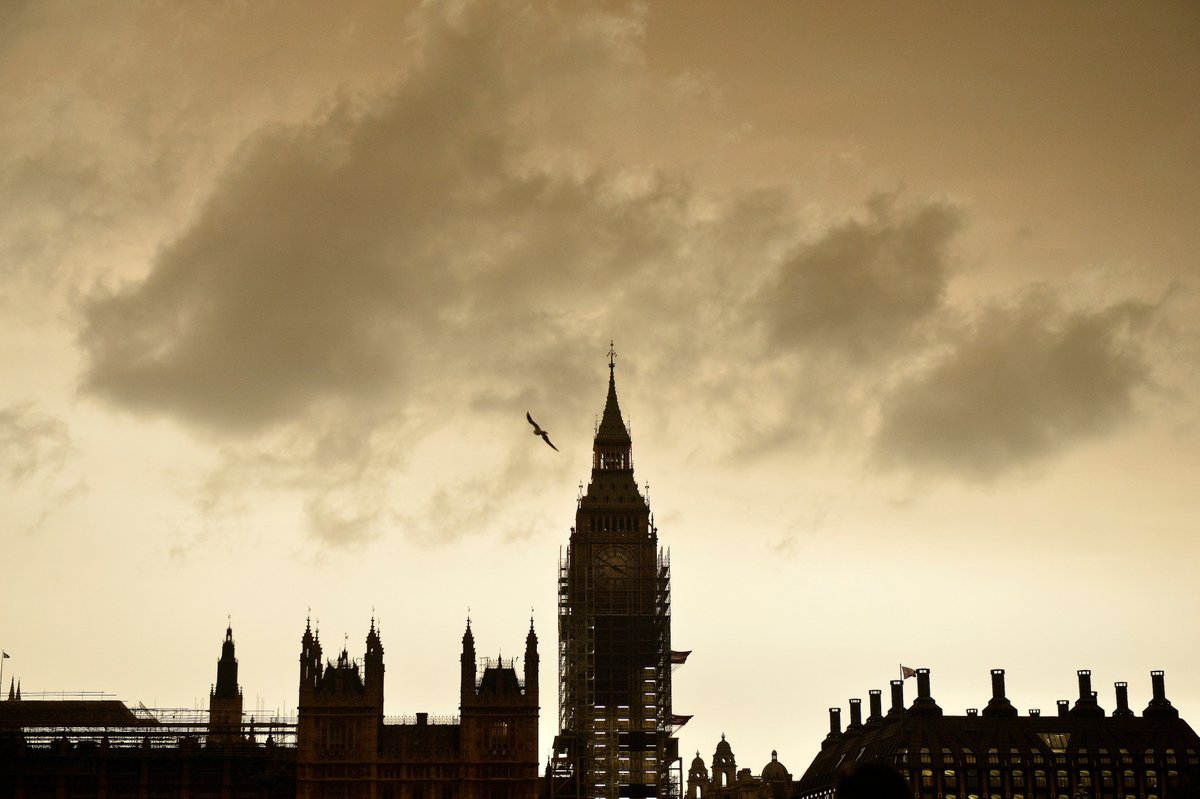 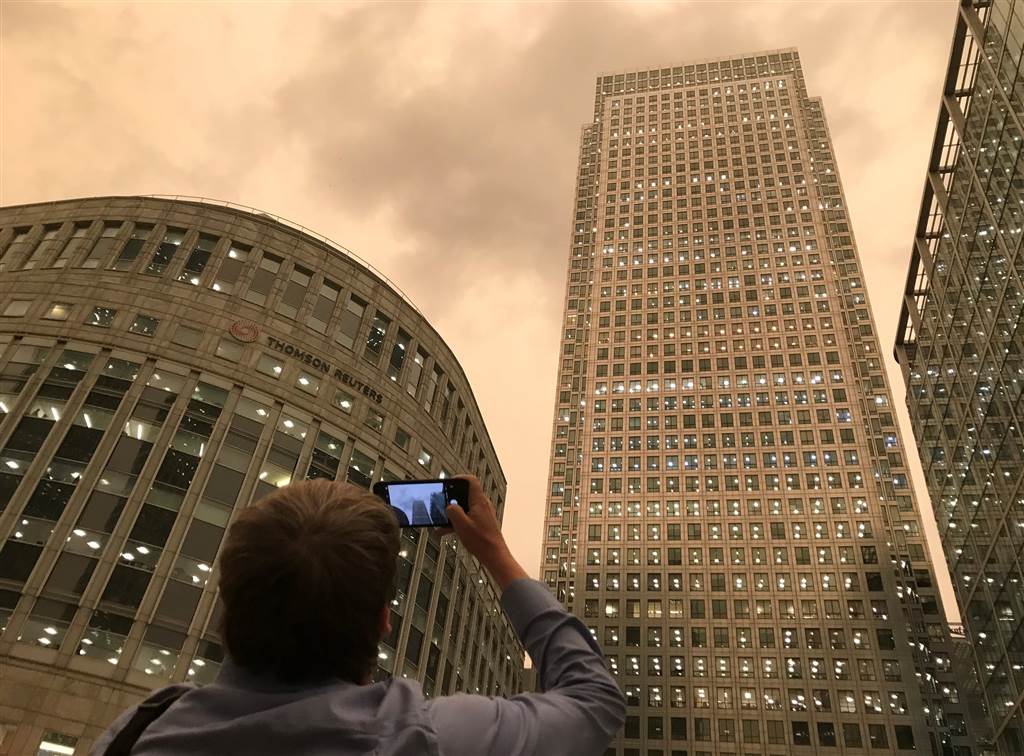 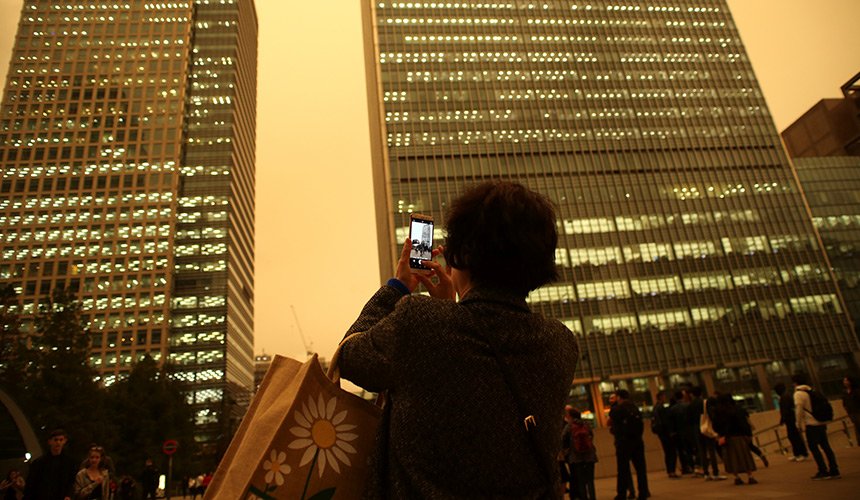 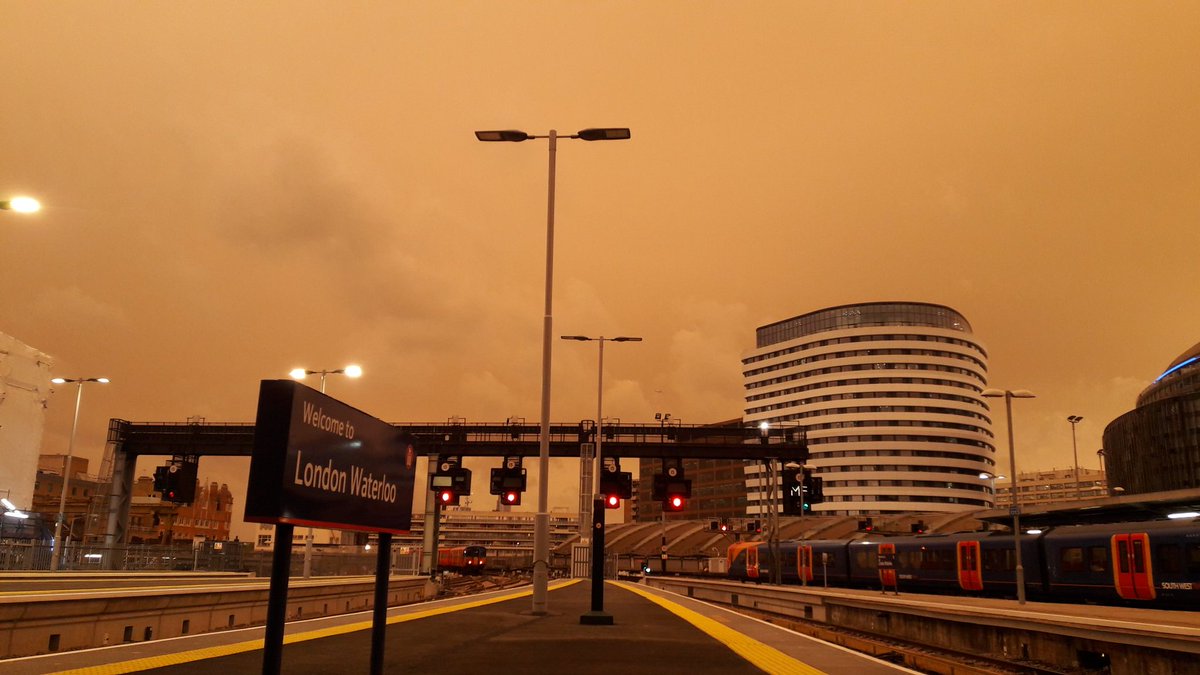 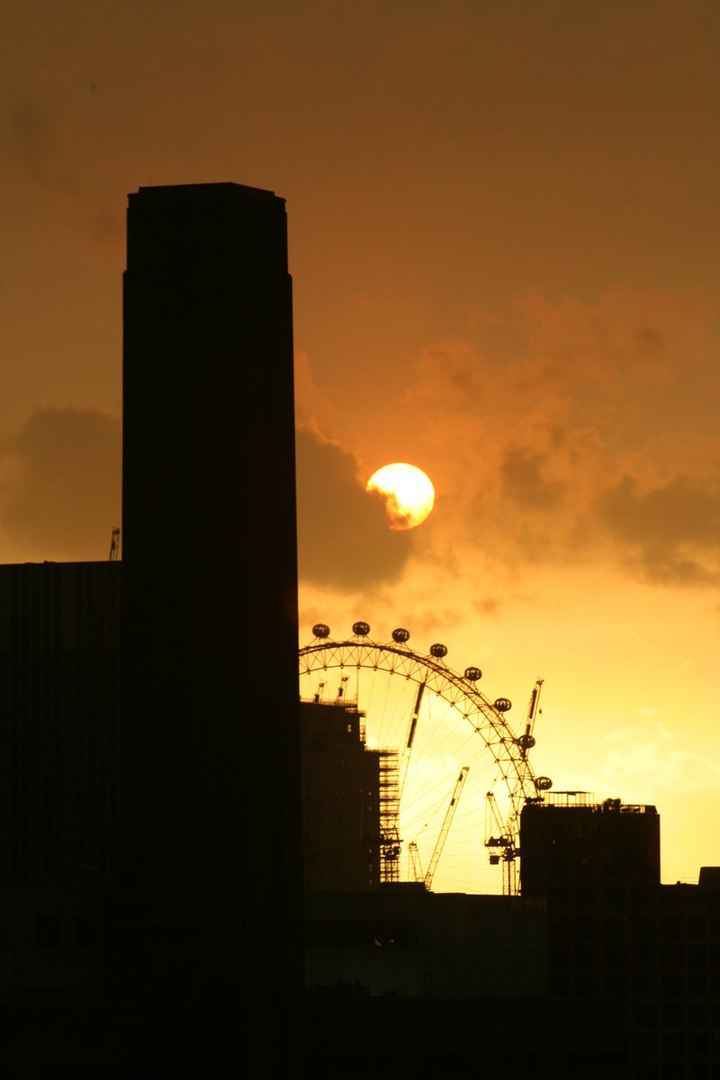 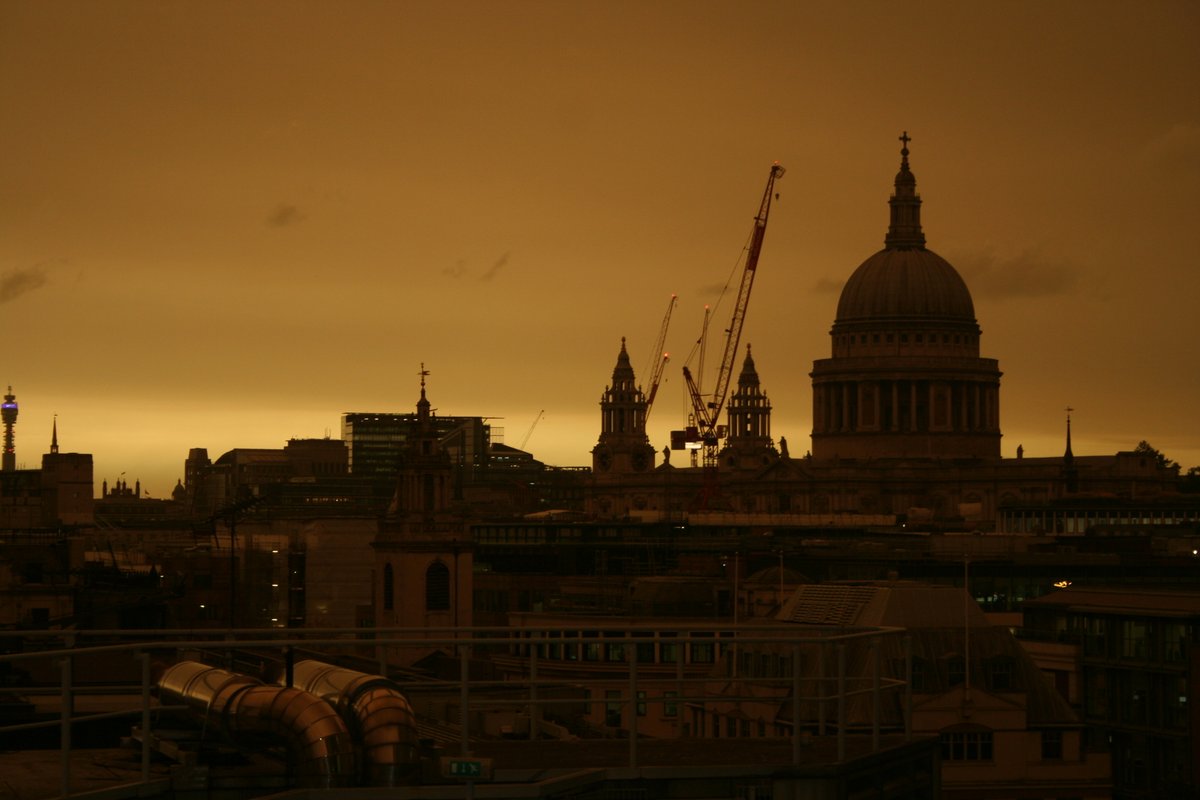 “It’s kind of crazy, we’ve been living here for a while, but we’ve never seen anything like it.”

“The storm brought a lot of sand behind it.” It looks fascinating, but it’s very scary. ”

The reason is in the ongoing fires in Portugal and Spain. Since the wind does not change its direction, residents of London are already recommended to prepare for the fact that the sky over the city again may suddenly darken.