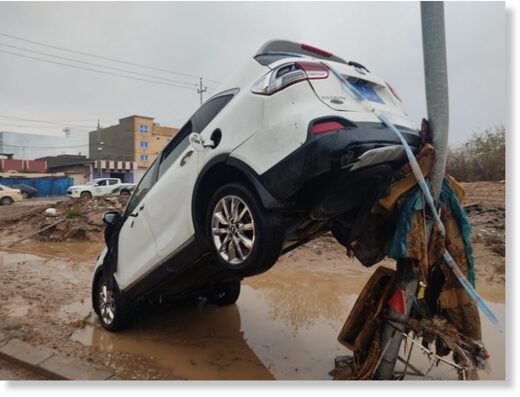 ﻿
At least eight people were killed and more are missing after flash floods hit the city of Erbil, the capital of the Kurdistan Autonomous Region in northern Iraq, for the second time in six weeks.

Authorities reported that heavy rain began to fall on Dec. 16, 2021, causing flooding in the city of Erbil and surrounding areas of Erbil governorate early the next day. Cars, buses, and trucks swept through the streets, replicating the flooding that occurred in Erbil in late October of this year.

As of Dec. 17, eight deaths were reported, including seven people who drowned in floodwaters and one person killed by lightning. There are fears that more people are missing, and search and rescue operations continue. Officials have urged residents to stay off roads and avoid flooded areas. As of late December 17, floodwaters had receded and authorities had begun clearing debris in affected areas.

“I am deeply saddened by the loss of life and the damage caused by yesterday’s heavy rain and flooding. My thoughts are with the families of the victims and all those affected. I have instructed all government agencies to provide immediate support and assistance to the affected areas.”