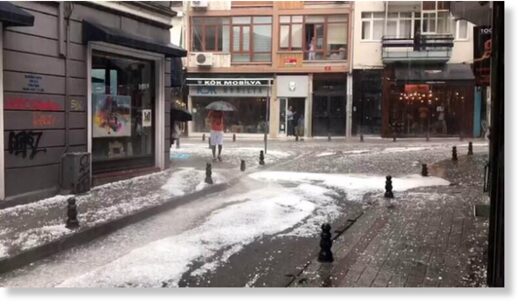 Severe weather conditions hit Istanbul’s Silivri, Buyukcekmece, Chatalca and Arnavutkoy districts, as well as parts of the Asian part of the city as of 12:30 pm local time.

A waterspout along with heavy rains caused flash floods in the market in Arnavutkoy.

The Turkish State Meteorological Service has warned residents of the danger of a tornado.

“Park your cars in safe places,” said Orhan Shen, a meteorologist, giving special warning to people living along the Bosphorus and the Asian side of the city.