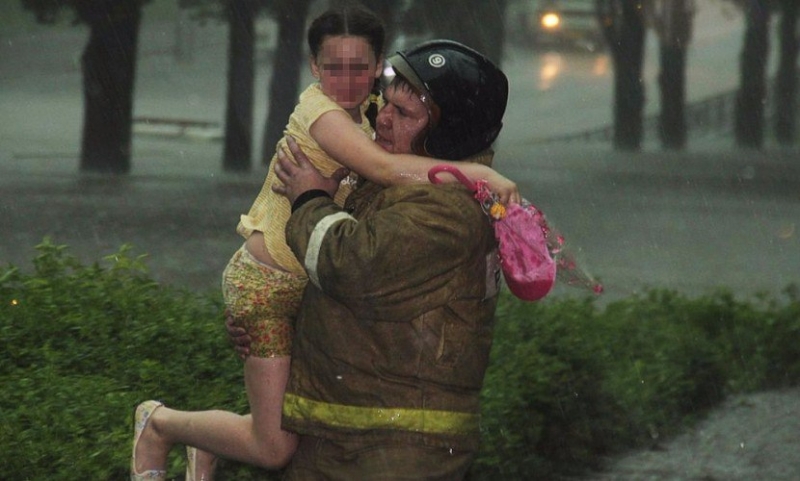 Today, June 19, at the Central regions of Russia had borne the brunt of the disaster. So, a hurricane with heavy rains literally paralyzed life in Lipetsk and in addition almost led to casualties.

Most went to road users. So, on the street of Astronauts, emergency workers spent the whole operation to rescue a family of three people trapped in the car, flooded by rain water and dirt. The Mercedes stood in the midst of a giant puddle in the valley at one of the city markets. Leave the driver alone could not. And been filled with water inside the car began to slowly drift, according to witnesses.

Rescuers helped the family out. A teenage girl, the emergency situations Ministry carried on the hands, her parents had chosen independently.