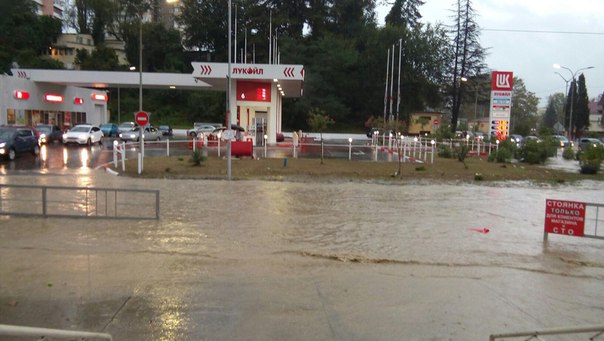 The storm is raging today in Sochi. That night the city was struck by heavy rains. They continued in the morning. Some streets were flooded. It caused traffic congestion. Many townspeople were late for work.

Sochi airport in the morning did not accept and did not send planes. Was delayed seven flights. Now the air harbour is operating normally.