Heavy rain flooded the city of Mumbai in India 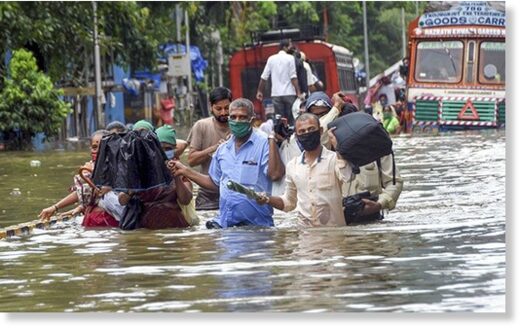 The city’s roads were flooded, leaving dozens of vehicles blocked, causing havoc on the roads. The flooding on the railroad tracks disrupted the work of the railroad transport. Media reported that some residents in the Kranti Nagar area were evacuated.

Meanwhile, rescuers continue to search for possible survivors after the collapse of an apartment building in Bhiwandi on the outskirts of Mumbai on September 21. As of 24 September, 35 people have died in the disaster. Officials are still investigating the cause of the collapse.