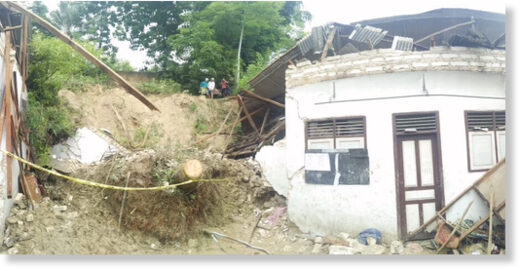 Landslides struck early in the morning and affected the villages of Jepun and Bindang in the Pasean area. Disaster management authorities said at least 5 people were killed. It is believed that two houses were buried, and about 20 more houses and the school were damaged.

In the city of Surabaya, 78 mm of precipitation was recorded in the 24 hours before February 24, and in the city of Semarang in Central Java – 155 mm.