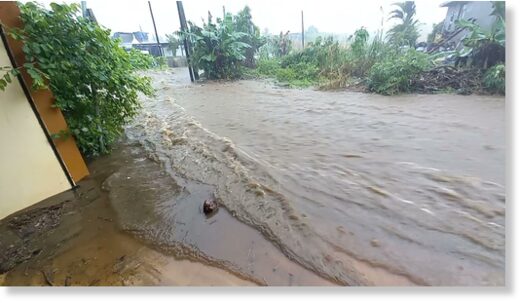 Nine people were rescued and evacuated from the flooded areas of Bambusa Viryo. The bus carrying schoolchildren trapped in the rise of water in Bambus Virio had to help the police.

This amount corresponds to twice the average monthly rainfall for April in this place. About 200 mm of the total fell in just a few hours (from 04:00 to 10:00) in the early morning of April 16.