Heavy rains cause flooding in Vietnam 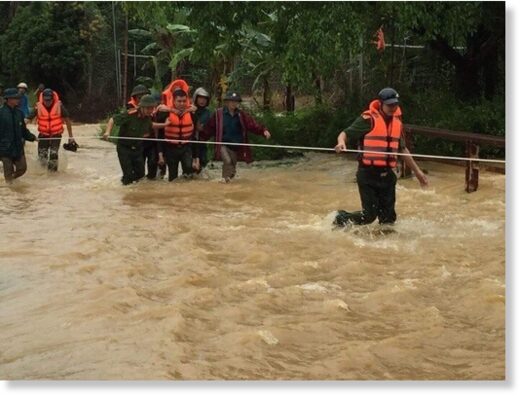 The Vietnam Disaster Management Authority reports that 2 people were killed and 7 more were injured in the northern provinces after heavy rains and landslides that began on September 26, 2020.

The rain caused a landslide that collapsed a house in Ha Hoa, Phu Tho, killing 2 people.

Damage caused by rain, in particular to crops, has also been reported in Hazang and Yenbai provinces.