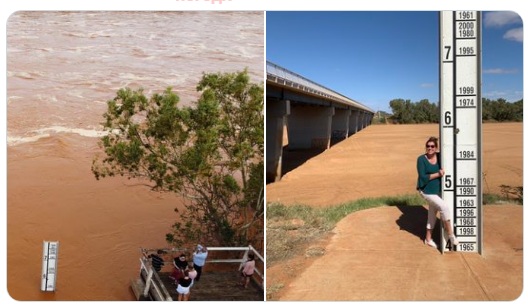 Highways and roads in Western Australia were destroyed by flooding. As of Monday 8 February, a severe weather warning for heavy rain is in effect over eastern Kimberley.

Up to 176 mm of rain fell at Carnarvon in a 24-hour period. The Washington State Department of Fire and Emergency Services (DFES) has issued flood warnings for Midwest Gascoigne, especially for the Geraldton areas. , Mullewa, Kalbarri, Northampton, Overlander Roadhouse, and Wooramel Roadhouse. 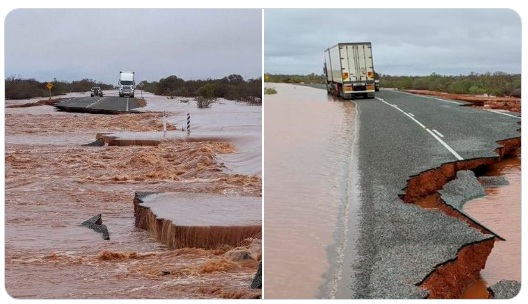 Dozens of people were rescued from flooding in the Gascoigne area, including by helicopter. DFES reported that 50 calls for assistance have been received in the Carnarvon area and an evacuation has taken place. Many highways and roads have been damaged or destroyed, which will take weeks to repair.