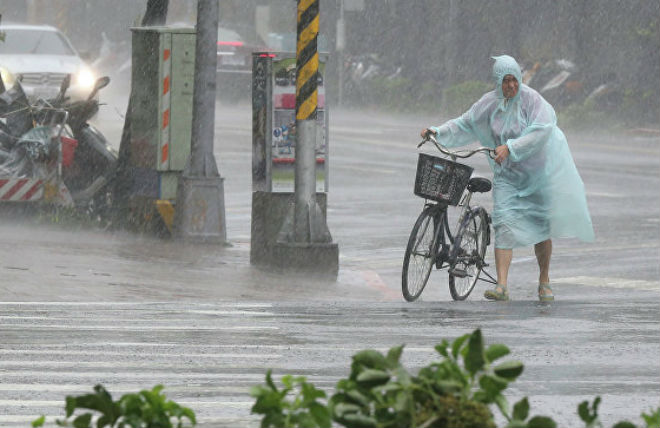 From the stormy weather suffered the Chinese province of Fujian. Because of downpours, many cities were under water.

In many areas from 08:00 to 18:00 fell more than 100 mm of precipitation. In Fuzhou, many cars were in “water traps”. Drivers threw their cars in the middle of flooded roads. The water level in the streets in some places reached 80 cm.

Because of the lightning strike, there were 1.8 thousand families without power in the power plant in Zhangzhou City.