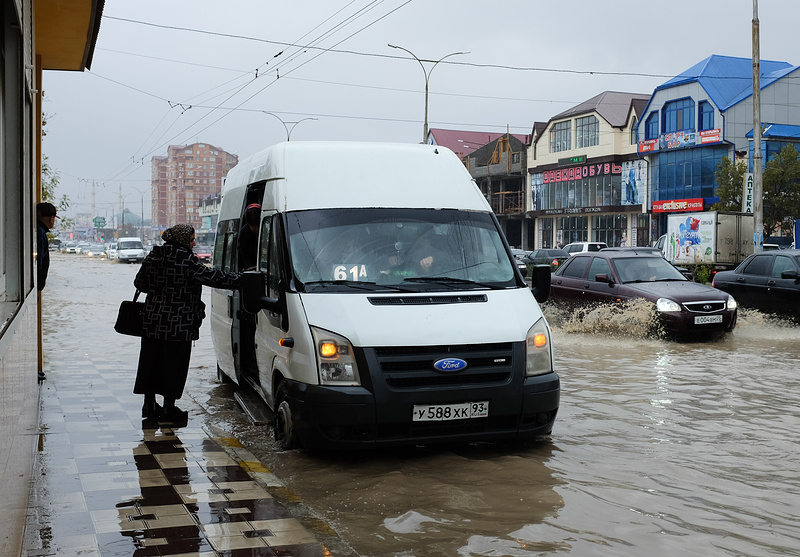 As the result of rainfall as rain threatened flooding hit residential areas in the district of “DOSAAF” of the Kirov district of Makhachkala. The water level in places reached 10-15 centimeters.

In the zone of flooding hit 40 yards. For day 23 of October in Makhachkala had the monthly norm of precipitation, the city observed heavy traffic situation. Most problematic were the street A. akushinskogo, I. Shamil, Peter, I. Beybulatova and a number of others, where the road practically turned into rivers.

Cars standing in traffic jams, pedestrians could not cross the road. As told the head of Department housing-municipal economy of administration of Makhachkala hajimurad Abdurazakov, difficulties arose due to the fact that the local storm sewer system and receivers, constructed a few decades ago, cannot cope with the load and a large volume of water.

According to weather forecasts, the rain will continue for another few days, but the short-stop rain the entire accumulated water immediately get off the streets by the heavy shower sewage, noted in the administration.