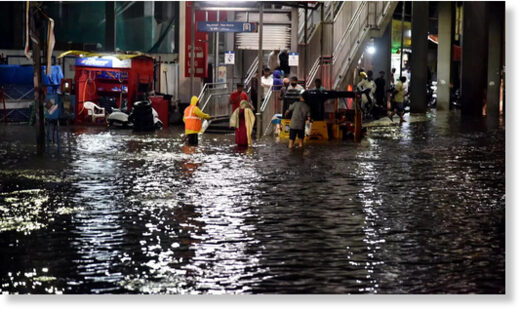 A fury of rain hit the city Friday when more than 140 mm of rain fell in several areas in a matter of hours, leaving many areas flooded.

A cyclist was swept away by rainwater when he accidentally fell into a canal in the Chintalkunt area of Vanasthalipuram on Friday night.

Fortunately, he was pulled out by locals some distance away, but as he drove away, abandoning his motorcycle, police continued their search until 11:30 p.m., when it was confirmed that he was rescued with minor injuries.