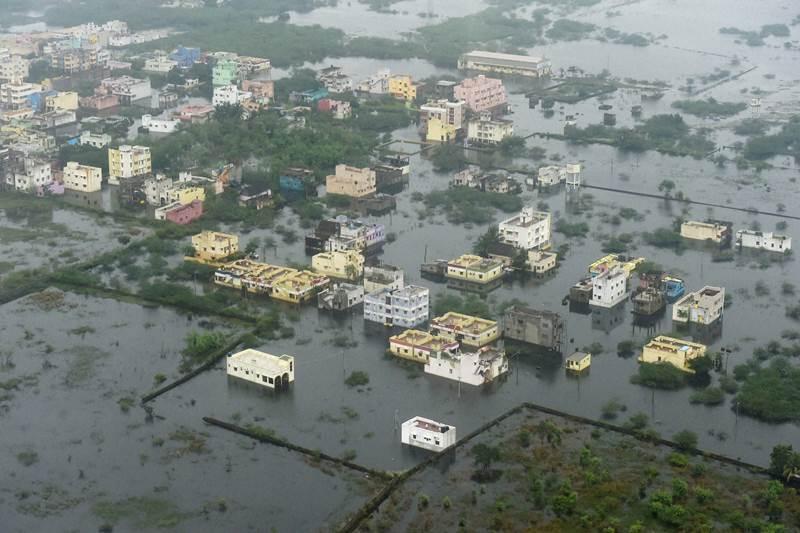 In South India, there is a threat of severe flooding due to the northeastern monsoon, which will bring down to the region this weekend up to 400 mm of precipitation.

Heavy rains have already caused flooding in the state of Tamil Nadu. Many streets were flooded, classes in schools were canceled. From Monday, more than 250 mm of rain fell on the city of Chennai, in Karaikal 240 mm of rain fell.
As a result of the collapse of the hut during the bad weather in the district of Tanjavur, a 38-year-old man died. In a similar situation, a woman died in the Cuddalore area.

The northeastern monsoon is vital for the states of Andhra Pradesh, Tamil Nadu and Pondicherry, where approximately 50% of precipitation falls annually from late October to December. A weak monsoon can lead to water scarcity and poor harvest in the next year, while continuous rains can cause deadly floods.