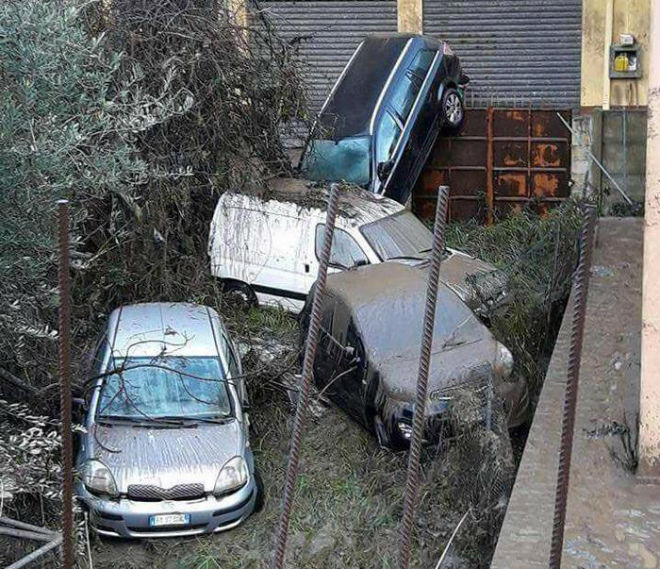 Floods affected the province of Syracuse, Agrigento, Messina, Trapani, Palermo, Catania in the Sicily region. One person was killed after his car was washed away by flood waters in the municipality of Castronovo di Sicilia in the province of Palermo.

In the province of Reggio Calabria in the Calabria region the floods have forced some families to leave their homes. A short time the airport was closed in the city of Reggio di Calabria. In some areas, not working school. Many drivers were in the water traps on the flooded roads.

Due to flooding was also disrupted traffic and closed schools in Sardinia. Suffered from bad weather including Botanical garden of Cagliari.