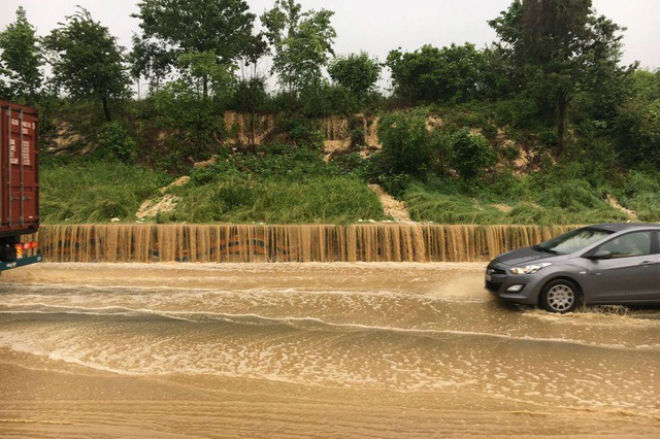 Flash floods caused by heavy rains, was observed in recent days in North-Western, Central and Eastern parts of Switzerland. Flooded numerous roads and basements of homes.

Flooded towns and villages in the cantons of Solothurn, Aargau and Basel-Landschaft. The police and fire service of Aargau received about 400 calls from local residents asking for help. So, in the town of Stetten within three hours, dropped 60 mm of rain. In addition, under the water was the railroad between Lenzburg and Othmarsingen on the line zürich-Aargau.

In the Canton of Basel-Landschaft and Basel polyantha of Basel-Stadt in North-Western Switzerland, police and fire service received 400 calls asking for assistance due to flooded rivers. Insurance companies evaluate the amount of damage of several million Swiss francs.

In the Central part of Switzerland suffered from heavy rains in the areas located between Bern and Chartercom in the Canton of Fribourg. The storm broke the trains. In Zurich and Fribourg within 12 hours fell 58 mm of rain.