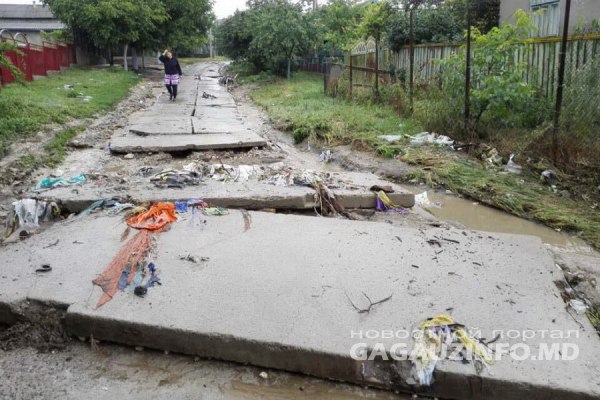 On urban roads the locals get very difficult. Torrents of water pulled from their seats heavy concrete slab, which is paved road, washed away the macadam, leaving behind the dirt.

Heavy rainfall has caused serious damage to residents of the city of Ceadir-Lunga. Suffered 56 houses, 5 of them were destroyed. Two hours in ceadîr-Lunga had a 1.5 monthly rainfall is 85 millimeters. Was evacuated 21 people. Water from the wells to the population to drink is strictly forbidden by the decision of the sanitary and epidemiological stations.