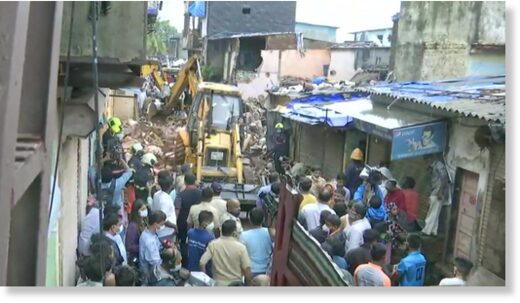 A southwest monsoon arrived in Mumbai, Maharashtra, India, on June 9, 2021. More than 200 mm of rain fell in less than 12 hours. Roads were flooded with floodwaters up to 50 cm deep, causing widespread disruption of traffic. Rail services were also disrupted.

The India Meteorological Department (IMD) reported that Mumbai and neighboring districts of Thane, Palghar and Raigad will receive heavy to very heavy rains in the next 3-4 days. Fifteen National Disaster Response Force (NDRF) teams have been dispatched to various parts of Maharashtra state.

The Mumbai government, Brihanmumbai Municipal Corporation (BMC), reported a building collapse in Malwani, Malad West. At least 11 people were killed, 17 injured and 15 rescued in the incident. There are fears that more people are buried under the rubble, and firefighters are conducting rescue operations. Three other buildings nearby are in “dangerous condition” and their residents have been evacuated, BMC said.