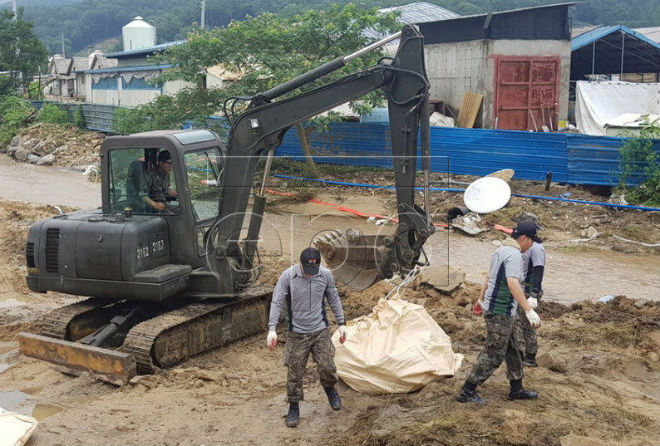 Over 300 mm of precipitation fell on the cities of Cheongju and Poyn. Over 680 houses and about 5 thousand hectares of agricultural land were flooded, more than 500 people were forced to leave their homes.

As a result of the landslide, two people were killed in Cheongju. Two more people were missing, crossing the bridge in Kvesan County on Sunday, and were found dead Monday morning.